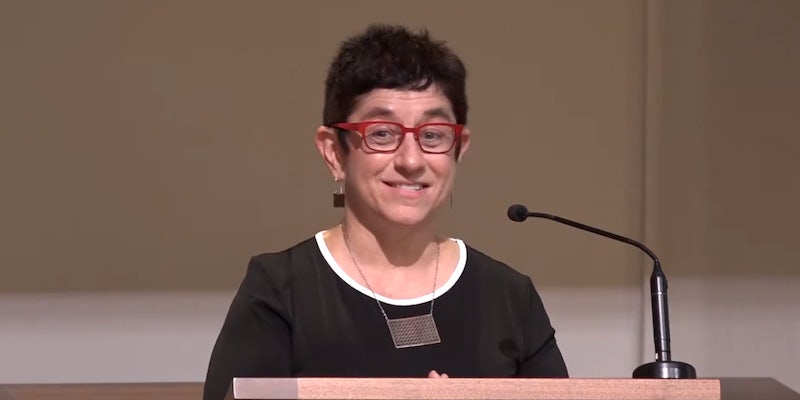 Gigi Sohn is nominated to be the FCC's fifth commissioner.

Gigi Sohn, the long-time public interest advocate who was nominated by President Joe Biden to be the fifth commissioner at the Federal Communications Commission (FCC), will have a confirmation hearing next week.

The Senate Commerce Committee, which held a confirmation hearing for Biden’s pick to be chair of the agency Jessica Rosenworcel two weeks ago, announced earlier this week that Sohn will have a hearing on Dec. 1.

Rosenworcel’s hearing before the committee went on without much of a hitch, but Sohn has attracted opposition from some Republicans since her nomination. The right has tried to paint Sohn as an extreme partisan, a notion that has been widely pushed back on—including in op-eds on right-leaning news outlets.

While some Republicans have hurled attacks at Sohn, experts and numerous civil rights, internet rights, and public interests groups have lauded her nomination, noting her extensive experience and qualifications. One group called the nominations of her and Rosenworcel a “dream team for the future of the internet.”

Perhaps the loudest pushback against Sohn, who is a long-time advocate for net neutrality, came from Sen. Lindsey Graham (R-S.C.) who said earlier this month that he would “do everything in my power” to convince senators to “reject” her. Graham does not sit on the Senate Commerce Committee, which would vote to send Sohn’s confirmation to a full vote in the Senate.

In late October, Biden finally made his FCC pick announcements after months of dragging his feet. Rosenworcel was nominated to another term at the agency and designated the chair. Sohn was nominated as the fifth commissioner at the agency. If confirmed, she would break a 2-2 partisan deadlock the agency has been stuck in since Biden took office.

The Senate is moving rapidly with the confirmation of Rosenworcel and Sohn to avoid the possibility of Republicans obtaining a 2-1 majority at the agency in January. Rosenworcel’s term technically ended last year, but rules allow for her to stay at her post until the end of the current term of Congress, which would be January.

At the start of the Senate Commerce Committee meeting, the senators will vote on whether to send Rosenworcel for a full vote in the Senate, which is expected to happen. After that, they will have a confirmation hearing for Sohn and other Biden nominees.

A 3-2 majority at the FCC would allow it to tackle numerous things, including restoring net neutrality rules—something the Biden administration has urged them to do.