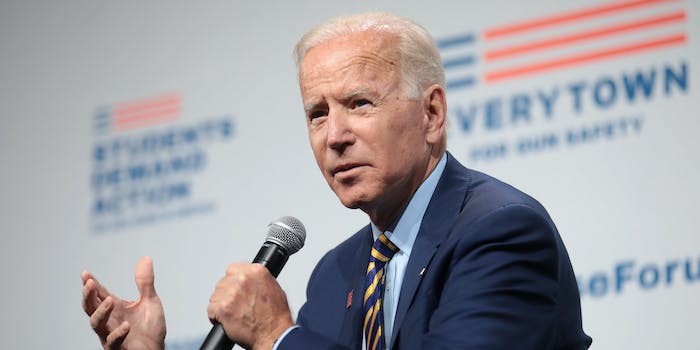 The FCC restoring net neutrality will require Biden to fill out the agency.

Biden’s call will be part of a larger sweeping executive order attempting to promote competition in the country’s economy and combating corporate consolidation.

Net neutrality rules were adopted by the FCC in 2015 and prevent internet service providers (ISPs) from blocking, throttling, or using paid prioritization on internet speeds. The rules also classified ISPs under Title II of the Communications Act, which gave the FCC authority over the providers.

All of that was undone in 2017 by the Republican-led FCC, which repealed the rules.

Specifically, Biden’s order “encourages the FCC to restore net neutrality rules undone by the prior administration,” according to information provided by the White House.

The order also wants to continue developing a “Broadband Nutrition Label” to give consumers more information about internet services offered so that they can compare options. It also encourages the FCC to prevent ISPs from making deals with landlords that limit tenants’ choices through exclusivity deals.

The inclusion of net neutrality in the order is significant and makes it clear that the administration supports reinstating the rules.

However, restoring net neutrality will not be possible without Biden filling out the FCC. Currently, the agency is locked in a 2-2 deadlock along party lines. The agency is supposed to have 5 commissioners, and Biden can nominate someone to become another commissioner or the chair.

A vote on restoring net neutrality will almost assuredly go down party lines, making that fifth spot at the commission critical.

Biden has moved much slower than past presidents to fill out the FCC. While Biden has named Jessica Rosenworcel the acting chairwoman of the FCC, she was already on the agency, leaving it deadlocked. Advocates and tech rights groups have been urging Biden to name a fifth commissioner for months.

Most notably, a large coalition of groups has gathered more than 100,000 signatures from people who are demanding that Biden name a fifth commissioner who does not have ties to the telecom industry.

Biden is expected to sign the executive order Friday afternoon, according to Politico.