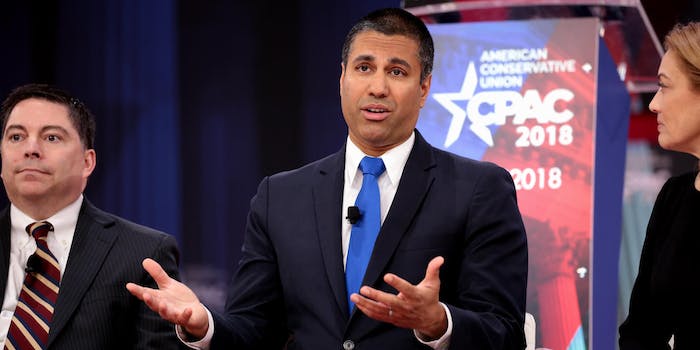 The system had millions of fake comments left on it ahead of the FCC's net neutrality repeal.

The Federal Communications Commission (FCC) will replace its public comment system, which was plagued with issues ahead of its repeal of net neutrality, according to a new report.

Gizmodo, citing sources, reports that the FCC has been hosting discussions with frequent commentators about replacing the Electronic Comment Filing System (ECFS).

In an email leaked to the news outlet, the agency says it will “replace the current system with a new system that will render it more user-friendly and efficient.”

The comments system used by the FCC was fraught with issues ahead of its repeal of net neutrality in 2017.

Millions of comments submitted to the agency ahead of the repeal were duplicates, or fraudulent. Some of the comments were falsely submitted with the names of dead people and even members of Congress.

One study found that nearly all of the comments that were not submitted fraudulently were in favor of keeping net neutrality and opposed the FCC’s repeal.

The FCC also drew criticism after it claimed that the ECFS was hit with a distributed denial of service (DDoS) attack after comedian John Oliver urged his viewers to submit comments in favor of net neutrality. The claim of a DDoS attack was met with skepticism almost immediately.

The agency later admitted that it was not hit with a DDoS attack, with Chairman Ajit Pai blaming the agency’s former chief information officer for providing “inaccurate information.”

You can read all of the Gizmodo report here.