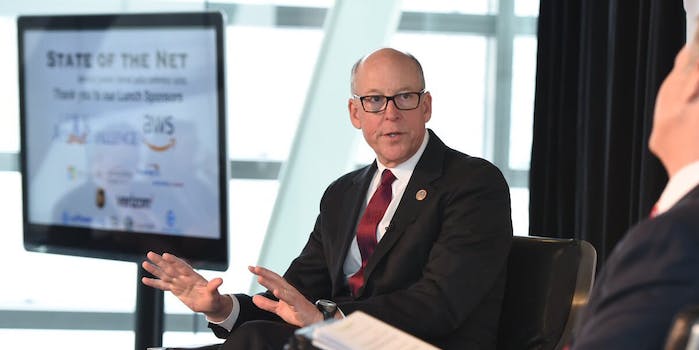 Walden has been vocal in his opposition to Title II.

Rep. Greg Walden (R-Ore.), a frequent voice on the Republican side of the net neutrality debate in Congress, announced on Monday that he will not seek reelection.

Walden, the ranking member of the House Energy and Commerce Committee, was vocal in his opposition to the use of Title II of the Communications Act as a backbone for net neutrality rules. The Title II issue is a major sticking point between Democrats and Republicans in Congress regarding net neutrality legislation.

Earlier this year when the House of Representatives passed the Save the Internet Act, a bill that would essentially undo the Federal Communications Commission’s (FCC) repeal of the 2015 Open Internet Order, Walden repeatedly pushed against it, at one point claiming Title II was “not necessary to preserve a free and open internet.”

Around the same time, the Oregon lawmaker wrote an op-ed for Fox News where he argued that a net neutrality bill needed to be “bipartisan,” and argued that he agreed in broad strokes with not allowing internet traffic to be blocked or throttled or having internet service providers engage in paid prioritization. However, he insisted Title II would give the FCC “unbridled regulatory authority.”

Democrats and net neutrality advocates have argued that Title II is the best legal foundation for solidifying the rules.

In the op-ed, Walden and other colleagues pushed for a series of Republican-backed bills that were offered around the same time as the Save the Internet Act.

The Save the Internet Act passed in the House of Representatives in April but has since languished in the Senate, despite efforts by some lawmakers to force a vote on the bill.

Following the court decision from the United States Court of Appeals District of Columbia Circuit, which mostly upheld the FCC’s repeal but also threw out a portion that blocked states from crafting their own bills, Walden once again called for Congress to “come together” and work on bipartisan legislation.

Walden, in a statement to Politico, said he plans on closing “the public service chapter of my life,” and that it was time for him “to pursue new challenges and opportunities.”