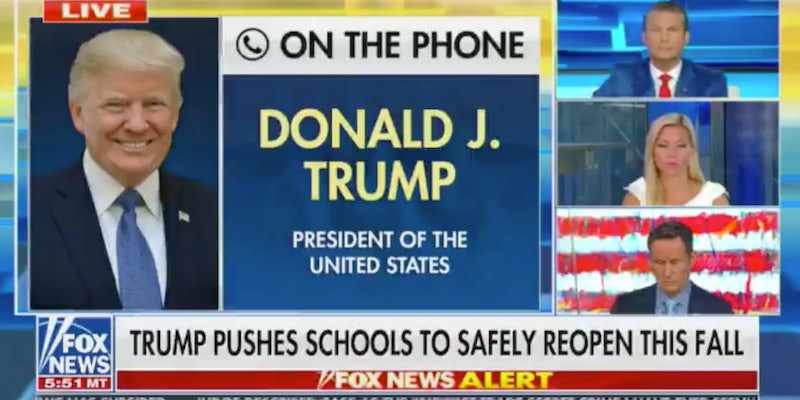 The video included a segment from a Fox News interview that Trump gave via phone on Wednesday morning. During the interview, Trump falsely claimed that children are “almost immune from” COVID-19.

“This video includes false claims that a group of people is immune from Covid-19 which is a violation of our policies around harmful Covid misinformation,” a Facebook spokesperson told the Daily Dot in a statement.

Trump was discussing why schools should reopen when he touted that children are “virtually immune” to COVID-19. Even though children are less vulnerable to the coronavirus, that is false. Children can contract, transmit, and even die from COVID-19. Some research suggests children are “superspreaders.”

Facebook has long been criticized for seemingly refusing to take action against Trump’s posts. While this is reportedly the first time Facebook has removed a Trump post for coronavirus misinformation, it, in June, removed ads that the Trump campaign posted. The ads featured a symbol used by Nazis.