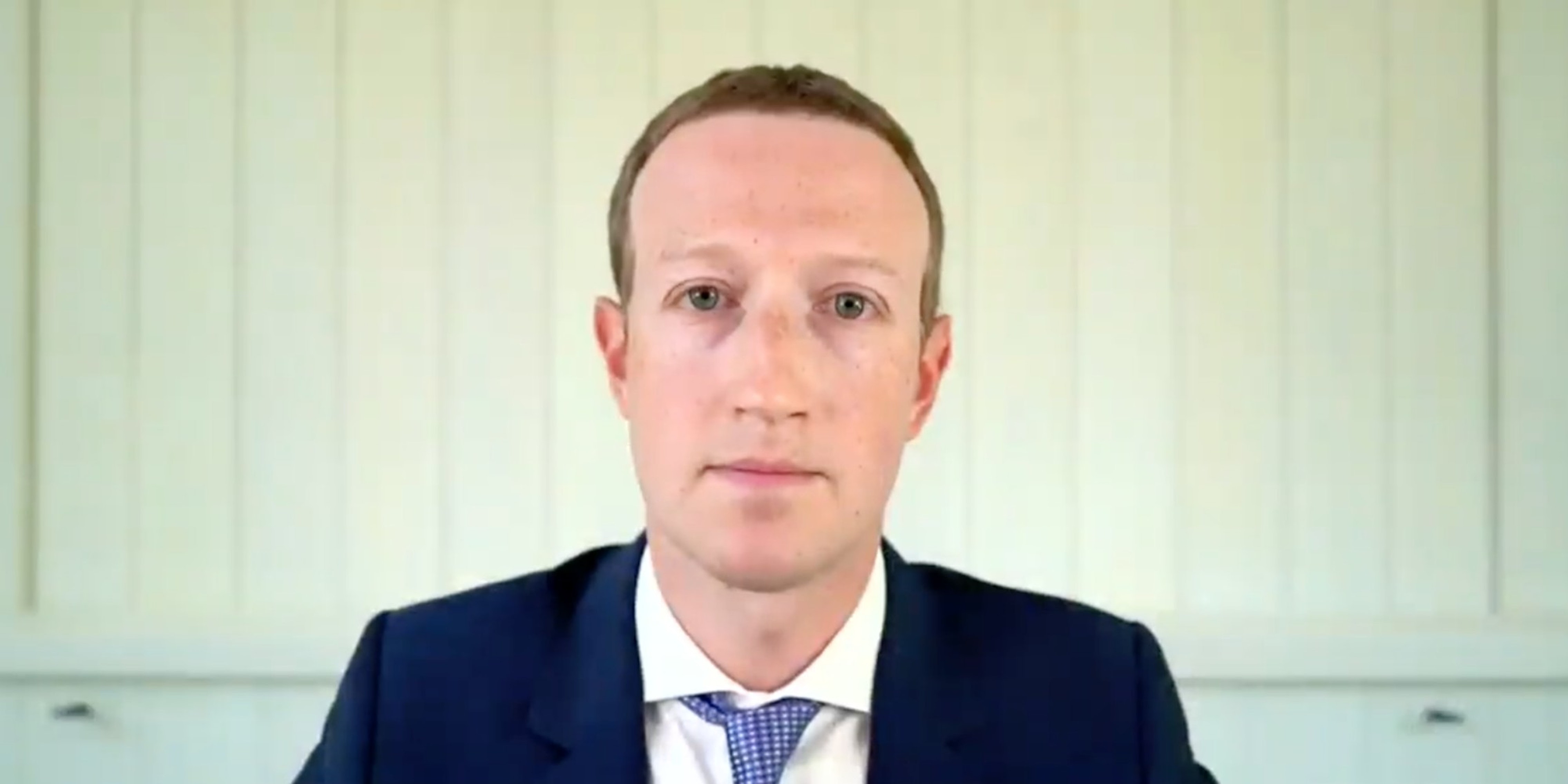 The Facebook CEO described his fellow tech leaders as the real 'gatekeepers.'

Facebook CEO Mark Zuckerberg attempted to downplay his company’s influence on Wednesday while speaking to Congress.

Zuckerberg, who was joined by Amazon CEO Jeff Bezos, Google CEO Sundar Pichai, and Apple CEO Tim Cook, listed numerous reasons why Facebook is not a monopolistic entity in front of the House Judiciary subcommittee on antitrust.

While the other tech titans expressed a more optimistic tone, Zuckerberg appeared to portray his fellow CEOs as “gatekeepers.”

“Our services are about connection and our business model is advertising and we face intense competition in both,” Zuckerberg said. “Many of our competitors have hundreds of millions or billions of users. Some are upstarts but others are gatekeepers with the power to decide if we can even release our apps in their app stores to compete with them.”

Zuckerberg went on to suggest that Facebook is actually far behind the curve when it comes to multiple sectors of the tech industry.

“In many area we are behind our competitors,” Zuckerberg began. “The most popular messing service in the U.S. is iMessage. The fastest growing app is TikTok. The most popular app for video is YouTube. The fastest growing ads platform is Amazon. The largest ads platform is Google and for every dollar spent on advertising in the U.S., less than 10 cents is spent with us.”

The Facebook founder did eventually paint his competitors in a positive light, but it appears to have been done in an effort to defend his company’s own controversial purchases.

Numerous representatives went on to grill Zuckerberg over Facebook’s checkered history, including its acquisition of Instagram.