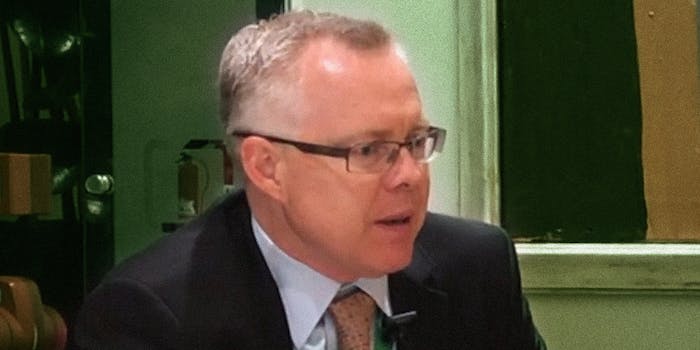 The hactivist collective Anonymous says that it has gained access to a massive trove of data from Epik, the web host and domain registrar for a variety of right-wing sites. Epik’s client list has reportedly ranged from more mainstream conservative groups like the Texas Republican Party to Gab and other far-right sites on the fringes of the internet.

In a press release, Anonymous says that it has captured “a decade’s worth of data” from Epik. They say the data includes domain registrations, domain transfers, passwords, account credentials for all of Epik’s customers, logins, more than a half-million private keys, payment history, a “dump of an employee’s mailbox, just because we could,” and more. Of the private keys, they wrote, “What are they for? Who knows!”

“This dataset is all that’s needed to trace actual ownership and management of the fascist side of the Internet that has eluded researchers, activists, and, well, just about everybody,” they said.

“And maybe have a little extra fun. For the lulz.”

The release also asks people to support both hackers themselves and Operation Jane, an initiative the collective recently launched in protest of Texas’ abortion ban. As part of the latter effort, over the weekend, Anonymous hacked and defaced the Texas Republican Party website.

Rob Monster, the CEO of Epik, downplayed the significance and authenticity of the alleged hack of his company. On Twitter, Monster referred to it as a “non-story” and “nothingburger.”

The news was first reported by journalist Steven Monacelli.

On Thursday, Burger denied that he was referring to the hack when he said ‘nothingburger.'” Rather, he says he was talking about a previous story Monacelli contacted him about.

On Tuesday, Anonymous updated the press release to say they are working on providing the data in a more accessible format.

“Almost there, trust me I want to take a nap,” they wrote.

As of this writing, the release concludes with a jab at Monster and his company.

“We want the file list viewable at a glance, so Rob can sweat that much more. We just roll that way.”

“Now he knows this is real, and how fucked he is, and that, that’s beautiful.”