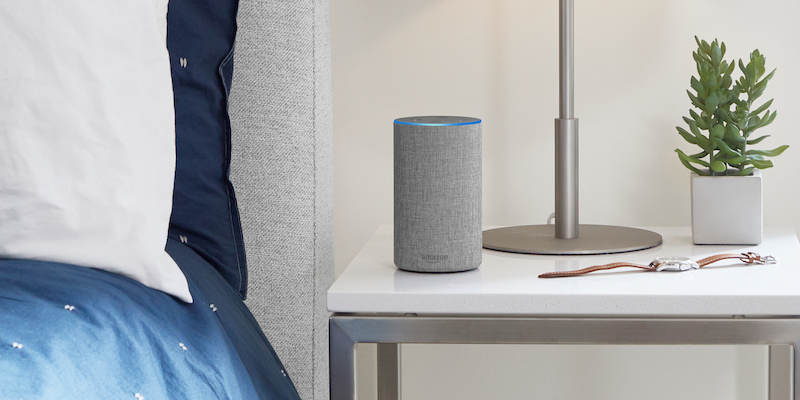 This family experienced your biggest nightmare with Amazon Echo

Amazon Echo reportedly recorded a conversation and sent it to contact.

A Portland family recently reported a troubling Amazon Echo incident. Unbeknownst to the household, the device recorded a private conversation and then shared it with one of the husband’s contacts. The incident is raising eyebrows around the safety promises of such voice-controlled devices, but the lack of details also raises questions about whether this was a bug or simply a matter of chance and human error.

Here’s what happened: Two weeks ago a woman answered the phone to an alarming message. “The person on the other line said, ‘unplug your Alexa devices right now,'” she said. “‘You’re being hacked.'” The person speaking was an employee of her husband’s, based in Seattle. He said that he had received audio recordings from their Echo speakers and that they should unplug all those devices immediately. When the woman was (naturally) a bit skeptical, the contact was able to offer details of one of the recent private conversations they’d had in their home. (Thankfully, the conversation was merely about hardwood floors, rather than something more delicate.)

The woman reported the issue to Amazon, which sent an engineer to investigate. The engineer confirmed what happened based on their logs and apologized “like 15 times in a matter of 30 minutes” over the course of the inquiry. The engineer, who didn’t provide specifics on what happened with their Echo device—in fact, they had multiple units throughout their home—did say that it was something the company needed to fix.

Amazon offered to “de-provision” communications on their Alexa devices so that the family could continue using the products. The family, which has since left the speakers unplugged, is asking for a refund.

Amazon issued a statement regarding the issue. “Amazon takes privacy very seriously,” it reads. “We investigated what happened and determined this was an extremely rare occurrence. We are taking steps to avoid this from happening in the future.”

While it’s clear this incident did happen, it’s unclear what the cause was. Did one of the family’s Alexa devices mistakenly hear its wake word? Did it then mistakenly hear a command to record a message, and which contact to send that message to? Did the device light up when this Amazon Echo incident occurred, which normally indicates it is listening or did the light fail to illuminate? Or was it a seemingly completely random, albeit very alarming bug?

This isn’t the first time Alexa device owners have reported creepy occurrences. In March, numerous owners said that their speakers were creepily laughing for no apparent reason. Thus far, it seems this family is the only one to experience this particular bug, but it’s a good reminder that these products do have the capability to listen in on more than they’re supposed to. If you have security qualms, you may only want to keep it plugged in as needed.

Update 6:19pm CT, May 24: Amazon released another statement Thursday explaining what may have caused the bizarre relay of the private conversation via Amazon Echo: