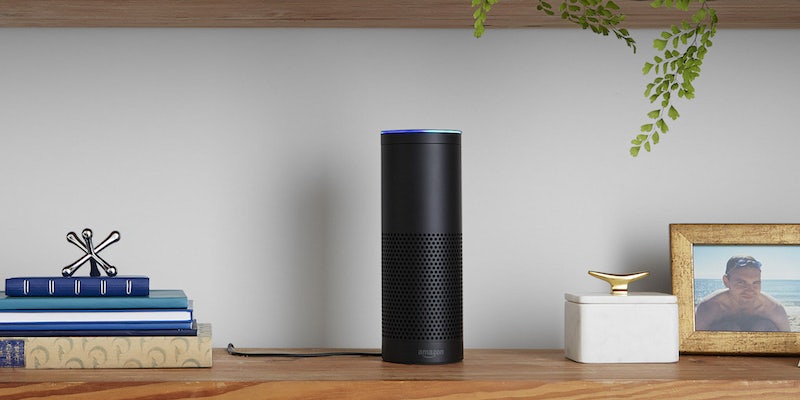 The home intercom just got a 21st century update.

Amazon Alexa devices gained a new skill this week. Now, you can use them as a modern-day mobile Amazon Alexa intercom system in your home.

It works like this: If you have more than one Echo, Echo Dot, Echo Spot, or Echo Show in your abode, you can speak into one to blast an audio message to another. It’s easy to set up. Here’s how.

How does Amazon Alexa Intercom work?

Intercoms (and phone calls) have been around for decades now. There’s nothing new about that. However, in households where you’re having to text the kids or your husband to get everyone down to dinner, this feature could inject a little more humanity into those interactions (without needing to yell across the house).

The update also just gives a device you already have in your home one more piece of utility. And it doesn’t hurt that that utility is something Amazon’s competitors, such as Google Home, have yet to tap into.

Alexa’s new drop-in capability is currently rolling out through an update to the Alexa iOS and Android apps.

How do you setup the Amazon Alexa intercom system?

Looking for more help? Here’s what you need to know about Amazon Alexa, Amazon Prime Pantry, Amazon Lockers, Amazon Prime Wardrobe, how to sell on Amazon, Amazon Prime membership and if it’s really worth it.