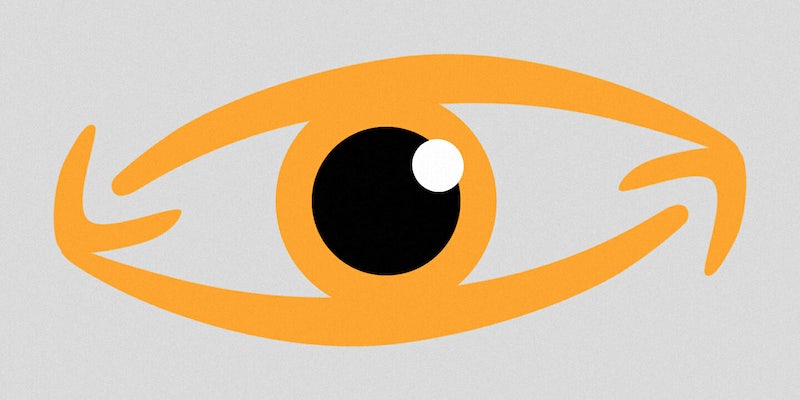 Amazon Rekognition was always destined to be a privacy nightmare

'Once dangerous face surveillance systems are built and deployed, the harm can’t be undone.'

Yesterday, the ACLU released a report detailing law enforcement’s use of Rekognition, Amazon’s facial-tracking technology, and an open letter to Jeff Bezos, calling on the company to stop providing Rekognition to the government. But Rekognition was always going to be surveillance tech for government agencies—and it’s not even remotely new turf for Amazon, which has been driving innovation in the intelligence community for years.

On a hot summer day in 2017, at a defense technology summit hosted by the publication Defense One, Amazon Web Services (AWS) set up a booth. Flanked by notable defense contractors such as Lockheed Martin and BAE Systems (not to mention the Department of Homeland Security), Amazon pitched its variety of services to a mixture of the private sector, government, and other attendees. But given this was at a defense technology summit, it’s not hard to see where Amazon saw this tech as being of use.

Amazon came on board as a sponsor of the expo portion of the tech summit to feature its newest service, Amazon Rekognition. An AWS artificial intelligence service, the technology enables software developers to quickly build applications that analyze images and recognize faces, objects, and scenes. The application programming interface supports advanced facial recognition and allows images to be compared in near real time, alerting the user if, for example, the person is on a watch list. That isn’t all it can do. The engineer at the booth mentioned myriad other capabilities, including simultaneously recognizing large numbers of people in a crowd and doing predictive tracking when paired with geolocation technology, letting you know where certain people were likely to be, based on their past movements.

Yesterday’s ACLU report, informed by documents obtained through FOIA requests, shows how Amazon has taken its Rekognition program and marketed it specifically to law enforcement agencies, helping them implement the technology in a variety of situations. Though it was bundled in with a bunch of other AI video tools when it was introduced at the AWS conference last November, it’s clear that Amazon is marketing the product primarily as a surveillance service.

Thanks to its ability to simultaneously recognize up to 100 people in a crowd at a time and compare them against extensive databases in real time, it’s already proving popular with some law enforcement agencies, including the city of Orlando, Florida, and the Washington County Sheriff’s Office in Oregon, according to the ACLU. Washington County built a database of at least 300,000 mugshot photos to be used with Rekognition while also building a mobile app so law enforcement agents can scan for a match against this database. In Orlando, according to documents obtained by the ACLU, Rekognition facial surveillance is already operating across the city, allowing Amazon to scan and track “people of interest” from the footage of “cameras all over the city.” Law enforcement agencies in California and Arizona have also contacted Washington County, inquiring about Rekognition in addition to what the ACLU terms multiple “fusion centers,” which “collect information about people for dissemination across agencies at the local and federal level.”

Just last November DHS put out a call for technology at the border that is able to “capture facial recognition quality photos from travelers in order to facilitate identity checks without requiring occupants to leave the vehicle.” That would require a product that captures images and runs facial recognition on multiple people at once as they cross the border in vehicles. It’s not hard to imagine Amazon working to insert Rekognition in such a situation.

According to the ACLU report, Amazon “views deployment by law enforcement agencies as a ‘common use case’ for this technology.” It details how Rekognition “can monitor ‘all faces in group photos, crowded events, and public places such as airports’—at a time when Americans are joining public protests at unprecedented levels” and aptly points out how that might be used against marginalized groups like immigrant groups or Black activists. But some think the technology should disturb everyone equally.

Adam Schwartz, senior staff attorney at the Electronic Frontier Foundation (EFF), is concerned by facial recognition technologies and their ability to intrude on people’s privacy. We can’t change our faces, and so unlike many other aspects of our identity, they make us uniquely traceable. Schwartz also highlights that with the spread of cameras, improvements in algorithms, and increasingly interoperability of these different systems, there is the possibility for facial recognition technology to know everywhere we are going, who we’re with, and what we’re doing.

“Before any surveillance technology is picked up by police, it should go through an open, accountable, and transparent process, which in the case of the police is a vote before the city council, and notice [should] be given to the public,” Schwartz says. “We gather that did not occur in this case with the communities that are being reported on. So we have both substantive and procedural objections.”

In response to the ACLU findings, ACLU National and several affiliate offices and 35 organizations from across the country (including EFF) signed an open letter to Jeff Bezos, calling on the company to stop providing Rekognition to the government.

“Amazon is handing governments a surveillance system primed for authoritarian abuse,” says Matt Cagle, technology and civil liberties policy attorney, ACLU Foundation of Northern California. “We’re talking about a technology that will quickly supercharge surveillance in our communities. This facial recognition technology can search against millions of faces in real time – and be used to track protesters, target immigrants, and spy on entire neighborhoods. It enables the government to monitor where we all go, what we do, and even how we feel. Our documents show that Amazon is eager to help law enforcement deploy Rekognition in American neighborhoods, even going so far as to promote its use with police body cameras. Once dangerous face surveillance systems are built and deployed, the harm can’t be undone.”

This isn’t the first time that Amazon has delivered services for governments or security agencies, though. In 2014, AWS unveiled the $600 million computing cloud it had developed for the CIA, and which would subsequently begin servicing all 17 agencies that make up the U.S. intelligence community (IC). The system was created to ensure a secure way for agencies to share both information and services more quickly and easily. There is also the potential for the IC to become one of AWS’ larger customers. IDC Government Insights estimates that by 2018, half of all federal IT spending will be spent on cloud computing.

As Frank Konkel reported in the Atlantic: “Whenever Amazon introduces a new innovation or improvement in cloud services, the IC cloud will evolve. Company officials say AWS made more than 200 such incremental improvements last year, ensuring a sort of built-in innovation to the IC cloud that will help the intelligence community keep pace with commercial advances. … Whenever AWS introduces new products, the CIA will be able to implement them.”

Meanwhile, Amazon is also piloting a program that pairs Amazon Alexa with law enforcement in the U.K., continuing a trend of outsourcing certain law enforcement functions to private third-party providers. Through an app, the program sends photos of wanted people, crime updates, and safety notifications to consumers who own an Amazon Echo. The program also includes storing citizens’ crime reports on Amazon’s servers rather than the law enforcement agencies’ and even envisions a time in the not-so-distant future when citizens could report crimes directly through Alexa. Police could also use the program internally for calling up information or conducting briefings, according to the Intercept. Police have previously asked for Alexa recordings as evidence in solving homicide cases, but Amazon declined until the suspect granted access of his own accord.

Speaking of Alexa, Amazon has plans for voice-recognition technology, too. In April, the company patented “an algorithm that would allow its Alexa assistant to listen in on any conversation without requiring a wake word.”

Even if Amazon decides it will stop providing Rekognition to the government, this is just the latest example of Amazon’s willingness to work with or for law enforcement agencies and others outside of the public eye. As cities try to undercut one another with tax incentives for the ability to land Amazon’s second headquarters, it’s worth considering that one conversation that’s not being had about Amazon is the company’s continued links to the intelligence community, law enforcement, and others. Amazon continues to venture into new markets and product areas (it spent $22.6 billion last year on research and development), even those that might have civil liberty and privacy implications. When it comes to one of the largest and most powerful companies in the world, that’s something that should concern us all.

Benjamin Powers is an NYC-based reporter whose work focuses on technology, policing, and the military. His work has appeared in Rolling Stone, Fusion, New Republic, Pacific Standard, Mother Jones, Complex, and HuffPost, among others.