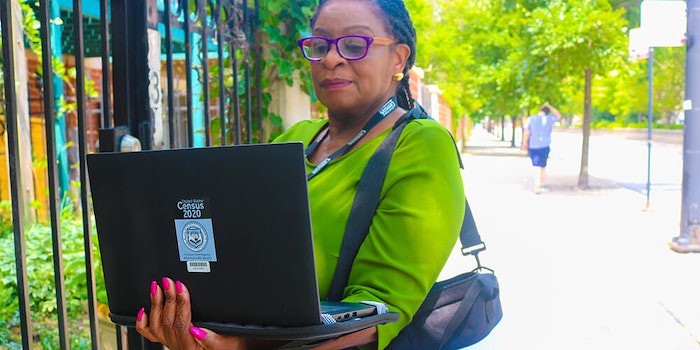 It's not just numbers. Here's everything you need to know.

You probably haven’t thought about statistics since your college stats class.

But someone has to. And in order to distribute representation and federal dollar in the U.S., the Census Bureau takes on the statistically daunting task of accurately counting every person in the U.S.

But it’s more than a numbers game.

The first U.S. census was counted as early as 1790. Over 100 years later, Congress forged the Census Bureau out of the Department of Commerce in 1902. Every 10 years, the Bureau attempts to collect information on each U.S. resident including their age and marital and job statuses.

In all, the count consists of every people living in the country despite immigration or citizenship status, according to NPR.

Despite President Donald Trump’s push to add a citizenship question, each section on the census form requires a legislative mandate, said Robert Santos, vice president and chief methodologist at the Urban Institute. The Urban Institute is a bipartisan nonprofit formed for policy research.

The Census Bureau works in corroboration with Congress to include questions that specifically help the government understand the needs of the country. For example, a “number of children” question was added in the 1930s to reflect the impact of the Great Depression, according to the Census Bureau.

The purpose of the census is more than a questionnaire. For one, the population results determine how many seats are allocated to each state in the U.S. House of Representatives. Additionally, Congress delegates federal funds to each state and then from the state to each municipality dependent on population numbers.

In 2017, this was $474 billion for programs like Medicare, education, housing, food, and more. 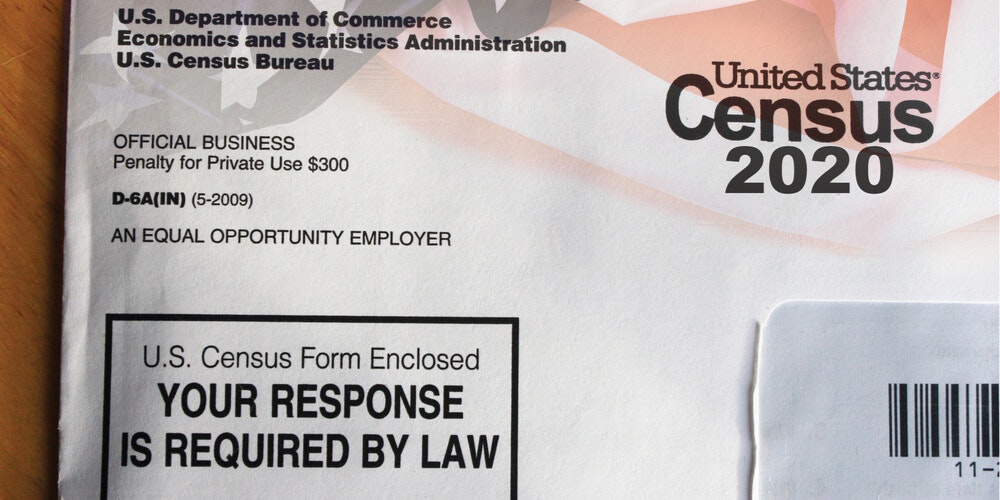 April 1, 2020, is the official collection of census forms. But don’t worry if you miss the due date. Gallup reported in 2000 that 9% of Americans never received their census form that year. The census accounts for that by sending workers in the following months to find missing forms.

Ninety-five percent of households will receive their census form in the mail in between Mar. 12 to 24 in 2020. Census workers drop off less than 5% of the forms to harder to reach homes such as ones with P.O. boxes or ones recently impacted by natural disaster. The remaining 1% is counted in person by census employees.

The goal is to literally count every single person.

The preparation for the 2020 census began long before this coming April. According to How Stuff Works, the census began hiring workers and gathering data in 2018.

How is the census counted?

After the census finalizes on April 1, the Census Bureau begins to estimate its accuracy. Santos from the Urban Institute said this is done by recounting sample communities to compare with the entire country’s statistics.

The count in 2010 only succeeded in one of those areas. It was considered “numerically” successful but not accurate, according to Santos.

Coincidentally, the number of people the census overcounted in certain communities and undercounted in others was about the same as the actual number of U.S. citizens, according to the 2010 Census Coverage Measurement Estimation Report. The problem, however, is who wasn’t counted. White communities were overcounted, while people of color were not.

How can someone be “hard to count?” Well, Santos says when census employees fail to contact a person living in a particular household, they have several ways of counting who lives there.

The first way is to use administrative records such as social security numbers or income taxes. These records are more commonly kept by people in affluent communities, according to Santos. The second way is to use statistics to make an educated guess. But those guesses favor white people.

“It results in the inequity of overcounting the white population at the expense of undercounting Hispanics and African Americans and some Asians and Native Americans,” Santos said.

In June of this year, the Los Angeles Times looked into the likelihood of undercounting Native Americans. Alarmingly, one in seven Native Americans were missed in the 2010 one due to a variety of factors, primarily the distrust the Native American community has for the U.S. government.

With the 2020 census approaching, fears are growing about an under count of Native Americans. LA Times national correspondent @kurtisalee traveled to the Navajo nation to look into the issue. He joins us tonight on #LATimesToday at 7 p.m. and 10 p.m. on @SpecNews1SoCal. pic.twitter.com/CKLBsEoAmd

The census inaccuracy means white neighborhoods receive more federal funding because the government has data that says more people live in these areas.

“When the flow-through of federal funds comes through, they are going to allocate it by populations,” Santos says. “So the white, better-off neighborhoods get more than they deserve, and the minority, African America and Latino communities get less than they deserve.”

Leading up to the 2020 census, controversies both old and new cropped up regarding what will be asked on the forms. 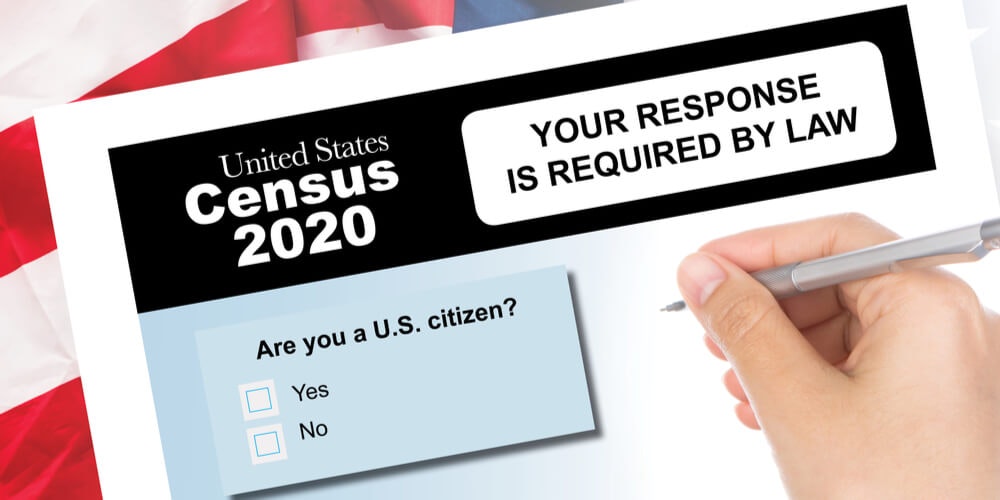 The fight for and against adding the words “are you a U.S. citizen” to the census form began in 2017.

Although critics said it would add an unfair advantage for Republicans by discouraging immigrant participation, Trump said the inclusion of the question was to protect minority voting rights.

State after state, starting with California, filed lawsuits to block the question, according to the Philadelphia Inquirer. John Abowd, the chief scientist for the Census Bureau, told the Justice Department that the question will impact the accuracy of the count by deterring immigrant participation.

Meanwhile, as the Democratic presidential nominee election ramped up, 2020 candidates weighed in on the citizenship question debate. At the National Association of Latino Elected and Appointed Officials Presidential Campaign Forum in mid-June, candidates were given time to share their opinion on the question, according to the Hill.

“If we don’t properly count the people living in our community, then the people living in our community will be shortchanged in a thousand ways that rely on the census. And so, this is vitally important for communities like ours,” said Pete Buttigieg, 2020 Democratic candidate and mayor of South Bend, Indiana. “Plus, we know from evidence in some of these court proceedings that this manipulation of the census has been motivated racially and politically.”

Former Rep. Beto O’Rourke (D-Texas) said that he would recount if the numbers fall short.

“In my administration, there will be no citizenship question on the census,” O’Rourke said. “It’s intended to suppress the vote of Latinos, of people of color, those whose country of national origin was some other place, who came here to contribute to our greatness. Let’s make sure that they can by counting every single one of them.”

On June 27, 2019, the Supreme Court blocked the question, citing Abowd’s reasoning that it could deter immigrant participation.

But Santos says it’s too soon to celebrate. Although the Supreme Court blocked Trump’s executive order in June, the debate over the question may have already convinced some people not to participate in the census.

“That impact doesn’t go away,” Santos said. “There is going to be a chilling effect with no question.”

While the Trump administration worked to write up a citizenship question, it was simultaneously erasing others that affect the LGBTQ community. The Daily Beast reports the Census Bureau removed questions regarding sexual orientation and gender identity shortly after Trump took office.

The question was originally included in a draft of the Census questionnaire, then removed.

The removal of these questions is predicted to affect participation as reported by the Washington Blade, an LGTBQ publication. In the face of this, the National LGBTQ Task Force, an organization advocating for LGBTQ census participation, is attempting to mobilize the community despite the lack of recognition from the census.

“Although the Census doesn’t explicitly ask about our sexual orientation and gender identity, it is still critical for us to be counted on the 2020 Census,” the Task Force said in a statement. “We need to be counted so our communities can: Get access to federal funds for programs like SNAP, Medicaid, and public housing; have representation in our state, local, and federal government; and enforce our civil rights.”

Yasmin Naboa, a senior adviser for advocacy group Count the Nation, told the Daily Beast the monetary impact of not participating in the census.

“For every person who is counted, there is approximately $2,000 [in government dollars] associated with that person each year. Over 10 years, that’s $20,000 that the government does not reallocate back to your community,” Naboa said.

Can you guarantee you’ll be counted in the 2020 census?

Is there anything to do besides wait and hope to be counted next April? Santos says no. After looking at the high probability of an undercount of minorities in the Urban Institute report, Santos says he’s encouraging communities to spread the word. Telling your neighbors to participate is the best way to ensure a precise and accurate count.

“You’re here,” Santos said. “You deserve to be counted.”