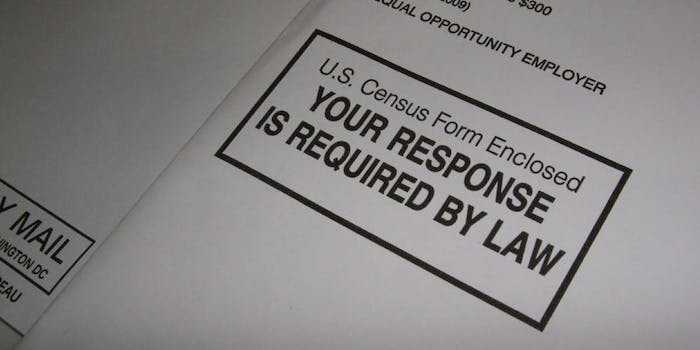 The government and private companies are reportedly working on safeguards.

Census Bureau officials are working to safeguard the 2020 Census against interference as it moves to a digital format, according to a new report.

The Washington Post reports that both the government and private companies are working ahead of the census to try and protect it against interference and misinformation like what occurred during the 2016 election.

The census, which collects data on all Americans and is used to calculate a number of things such as federal funding and electoral votes, will be collected online for the first time.

The Post reports that the Department of Homeland Security and companies like Microsoft, Google, and Facebook are trying to defend the census by encrypting incoming information, scanning responses, and monitoring social media.

“Just as with voting, completing the census is a powerful exercise in our democracy, and there are always people who want to prevent others from exercising their power,” Indivar Dutta-Gupta, the co-executive director of the Georgetown Center on Poverty and Inequality, told the newspaper. “I think there will be lots of attempts. We should be concerned.”

There have not been indications of any targets for the census, according to the report. You can read all of the Washington Post report here.