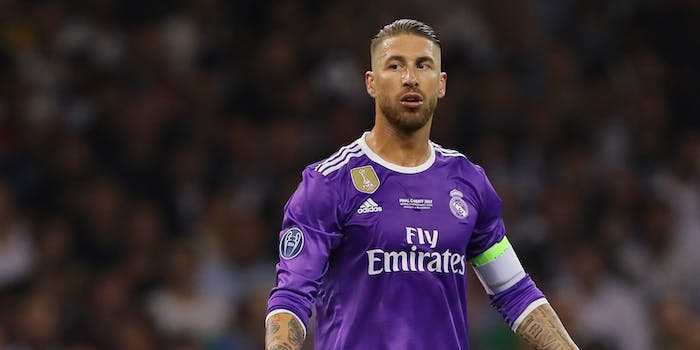 How to stream Real Madrid vs. Granada

It's a battle of first vs. second in La Liga as Real Madrid hosts Granada.

Real Madrid’s in a weird spot right now. The good news is that the team’s right where it feels it belongs in La Liga: First place. But the team is also last in its group after its most recent outing, a 2-2 draw against a Club Brugge team many expected Real to beat handily. Los Blancos return home on Saturday, facing a Granada team that *checks notes* is second in La Liga after seven matches.

Here’s everything you need to know to live stream Real Madrid vs. Granada, including what to watch for on the pitch.

The Real Madrid vs. Granada match is on BeIN Sports; the following streaming services allow you to watch the entire 2019-20 La Liga season.

FuboTV is a solid TV streaming service option, whether your tastes run to entertainment (AMC, Syfy, FX), news (MSNBC, CNN), or sports (NBA TV, NFL Network). If you’re a soccer fan, however, it will appear tailor-made for you, with 10 beIN SPORTS channels, NBC and NBCSN, FS1, FS2, UniMás, and Champions League actions via TNT all on tap. If you can’t watch the Real Madrid vs. Granada match live, FuboTV offers a three-day replay for each match and 30 hours of cloud DVR. (Check out the complete FuboTV channels list.)

Spanish-speaking viewers have quite a few options to watch the Real Madrid vs. Granada match on Sling TV. For bilingual families, you might consider the Español: Best of Spanish TV package for either Sling Orange or Sling Blue for 24/7 specialty channel LaLiga TV and beIN SPORTS Connect: Channels 4-9, which features matches from La Liga, Ligue 1 and Copa del Rey, among others. Both packages cost $5 per month after your free trial. Sling TV Latino is another Spanish-language package for $10 per month, including NBC Universo, History en Español, and—of import to soccer fans—four beIN SPORTS channels. (And choosing Sling TV Latino + Sling Orange for $30 per month gives you access to ESPN Deportes.) For more information, check out our guide to Sling TV channels and our Sling TV review.

PlayStation Vue is a fantastic option for soccer fans who already own a PlayStation console, but this streaming platform is available on a variety of devices. ESPN, ESPN2, FS1, and FS2, which will get you a lot of soccer action, are part of the Core package of channels that offer soccer and other sports programming, and the options increase at the Elite and Ultra levels. The Español package includes BeIN en Español and a direct route to La Liga matches including Real Madrid vs. Granada.

Real Madrid dueled to a 2-2 draw with Club Brugge in midweek Champions League play—a Club Brugge reduced to 10 men by match’s end, no less—after grinding out a scoreless draw against Atleti last weekend. Sergio Ramos and Casemiro provided goals in the Champions League match; any concerns Real had about production from purely attacking players heading into that match have to remain.

Granada’s unbeaten in its last five matches, including a 1-0 win over Leganes last weekend, with Jose Antonio Rodriguez Diaz scoring the lone goal. Granada’s a bit of a surprise to be this far up the table this far into the season, but it doesn’t seem like it’s just a lucky draw: Granada’s recent run of results includes a 2-0 win over Barcelona and a 4-4 draw with Villarreal. Real Madrid will prove an interesting test of the question, “Is Granada for real?”