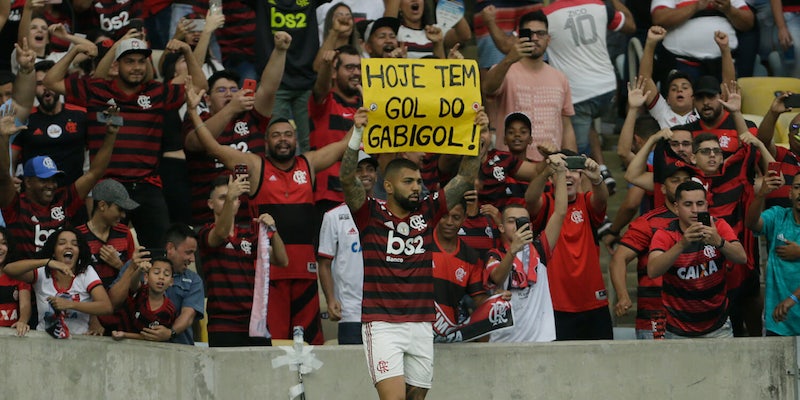 How to watch the FIFA Club World Cup live online

Liverpool, Flamengo, and Monterrey are among the teams vying for this year's FIFA Club World Cup.

Which club soccer team is the best in the world? You could certainly make a case for Liverpool based on its Champions League win this past May and its current Premier League form.

But imagine a tournament in which it could play against other continental club champions; namely, recent South American cup winners Flamengo and reigning Concacaf Champions League winners Monterrey.

It exists, it’s called the FIFA Club World Cup, and it’s an annual holiday season treat for soccer fans. The 2019 edition starts Wednesday and culminates with a final and a third-place match on Saturday, Dec. 21.

Here’s everything you need to know to stream the FIFA Club World Cup live.

What is the FIFA Club World Cup?

FIFA’s been putting international club teams together to compete in tournaments since the early 1900s. This latest iteration of a club team championship began in 2000, with the 2019 and 2020 editions both hosted by Qatar. FIFA has plans to expand the tournament by 2021, making it every four years rather than annually, and involving 24 teams.

The 2019 iteration has a representative from each of the globe’s six football confederations, with a seventh slot set aside for a host nation club. The seven-team tournament is essentially (though not officially) seeded. Monterrey is automatically slotted into the quarterfinal round; Liverpool and Flamengo get semifinal slots that the other teams need to play their way into.

Hienghène Sport is a feel-good story in particular, hailing from New Caledonia and playing in an 1800-seat stadium. It’d only need two wins to theoretically advance to a match against Liverpool—though it’s more likely that Rayados will advance for a Mexico vs. England semis match.

(Incidentally, Monterrey’s participation in this tournament is putting its Apertura Liguilla finals date with Club America on hold. It’s likely that Monterrey stays in Doha through Dec. 21’s third-place match, assuming it can’t get past Liverpool for what could be a tasty finals matchup against Gabigol’s Flamengo.)

Who are this year’s FIFA Club World Cup teams?

The matches are on FuboTV, FS2, Fox Deportes, and in one instance, Fox Soccer Plus, with the final on Fox. These streaming services provide fans the opportunity to catch FIFA Club World Cup action throughout the tournament.

If you’re a soccer fan, however, it will appear tailor-made for you. The entire FIFA Club World Cup tournament will be viewable on Fubo. It also carries NBC and NBCSN for Premier League matches, 10 beIN SPORTS channels, FS1, FS2, UniMás, and Champions League action via TNT all on tap. If you can’t watch a match live, FuboTV offers a three-day replay for each match and 30 hours of cloud DVR. (Check out the complete FuboTV channels list.)