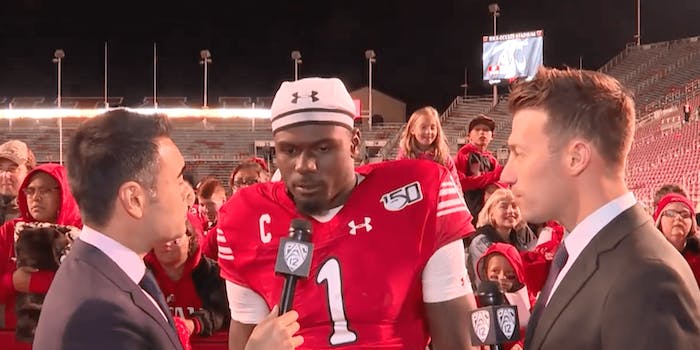 How to watch Arizona State vs. Utah

The No. 17 Arizona State Sun Devils visit Salt Lake City on Saturday to face the No. 13 Utah Utes at Rice-Eccles Stadium, in a pivotal Pac-12 matchup with bowl implications.

Arizona State is coming in hot as winners of their last two, including last Saturday’s 38-34 win over Washington State. Herm Edwards’ Sun Devils have been well-steered offensively by QB Jayden Daniels. The freshman has completed 63% of his passes for 1,610 yds, with eight TDs compared to just one interception.

RB Eno Benjamin leads the rushing attack with 529 yards and 7 TDs. WR Brandon Aiyuk has caught 31 passes for 651 yds and 5 TDs. Defensively, the tackles leader is defensive back Evan Fields with 42. Jermayne Lole leads the team in sacks with 2.5. As you’d expect, Edwards’ defense is playing well, giving up just 91.7 rushing yards per game.

The talented Utes are coming off a dominating 52-7 victory at Oregon State. Utah’s only loss so far in 2019 was a road game at USC, in something of a fluke. Senior QB Tyler Huntley guides the ship as both a passing and running threat, with 1,393 yards through the air on 75% passing, and three rushing touchdowns to add to his nine passing.

Arizona State vs. Utah: What to watch for

The major key will be who controls the trenches, especially when Arizona State has the ball. This particular matchup will likely indicate the winner. Utah is allowing just 56 rushing yards per game, which is the second best in the country. The Sun Devils are averaging 143 rushing yards per contest. However, Edwards must also concoct a way to limit Huntley on third downs, which will be much easier said than done.

Like Edwards, the Sun Devils are fighters and opportunistic in taking advantage of turnovers. However, the steady Utes have more depth—with absolute brutes on the defensive line—which will be critical given neither team gives up the football with any regularity.

Holding the chalk line at home, Utah is a 13.5-point favorite, according to Odds Shark. If the Sun Devils do not locate a semblance of a run game, Utah will walk away to a comfortable victory.