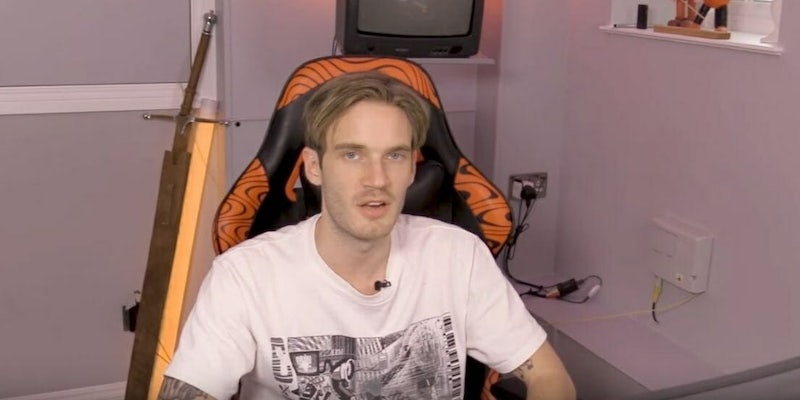 ‘When you have 90 million people riled up about something, you’re bound to get a few degenerates.’

The world’s second-largest YouTuber is asking his fans for a favor: Please end the “Subscribe to PewDiePie” meme that has captivated the online world for the past six months and significantly bumped up his fan base.

PewDiePie, who capitalized on the “Subscribe to PewDiePie” trend in his race with T-Series to own the YouTube channel with the most subscribers, said in a video published Sunday that the meme has clearly “gone too far” and cited the New Zealand mosque shooting as the tipping point that should have ended the movement in the first place.

“At first, it started off with people doing really positive and fun things,” said PewDiePie, whose real name is Felix Kjellberg. “But something I learned and hopefully it’s something people can understand: When you have 90 million people riled up about something, you’re bound to get a few degenerates.”

In March, before killing 50 people at two mosques in Christchurch, the New Zealand shooter said on a live stream, “Remember lads … subscribe to PewDiePie.”

PewDiePie tweeted his shock at the time, writing, “Just heard news of the devastating reports from New Zealand Christchurch. I feel absolutely sickened having my name uttered by this person. My heart and thoughts go out to the victims, families, and everyone affected by this tragedy.” But other than that, PewDiePie didn’t address the incident in his videos.

Now that a man opened fire at a synagogue in San Diego on Saturday—a man who reportedly referred to PewDiePie in his manifesto—PewDiePie doesn’t want to be associated with the YouTube movement anymore.

“To have my name associated with something unspeakably vile has affected me in more ways than I’ve let shown,” PewDiePie said Sunday, referring to the New Zealand massacre. “I didn’t want to give the terrorist any more attention. I didn’t want to make it about me. I don’t think it has anything to do with me. I didn’t want hate to win. But it’s clear to me that the ‘Sub to PewDiePie’ movement should have ended then.”

PewDiePie, though, has a history of anti-Semitic and racist comments on his vlog, including his inclusion of anti-Jew themes and imagery in nine of his videos, his frequent sexist comments, and his uttering of the N-word during a live stream.

Still, as T-Series began threatening his lead as the top YouTuber, a collection of content creators came to his defense. Most notably, MrBeast began buying “Subscribe to PewDiePie” billboards and conveyed that same message at the Super Bowl. YouTube star Justin Roberts reportedly purchased a $1 million Times Square billboard in support of PewDiePie, and cheerleaders based routines on the message.

Earlier this month, though, PewDiePie officially conceded the race to T-Series. As of this writing, PewDiePie has 95 million subscribers, about 1.2 million behind T-Series.

But the ramifications of his race to 100 million has had consequences in the real world, as somebody defaced a World War II memorial with the “Subscribe to PewDiePie” message and hackers infiltrated printers, Chromecasts, and Nest cameras to convince people to show their support.

Now, PewDiePie is pleading with his fans to end it.

“No, I’m not racist,” he said Sunday. “I don’t support any form of racist comments or hate toward anyone … This movement started with love and support. Let’s end it with that.”