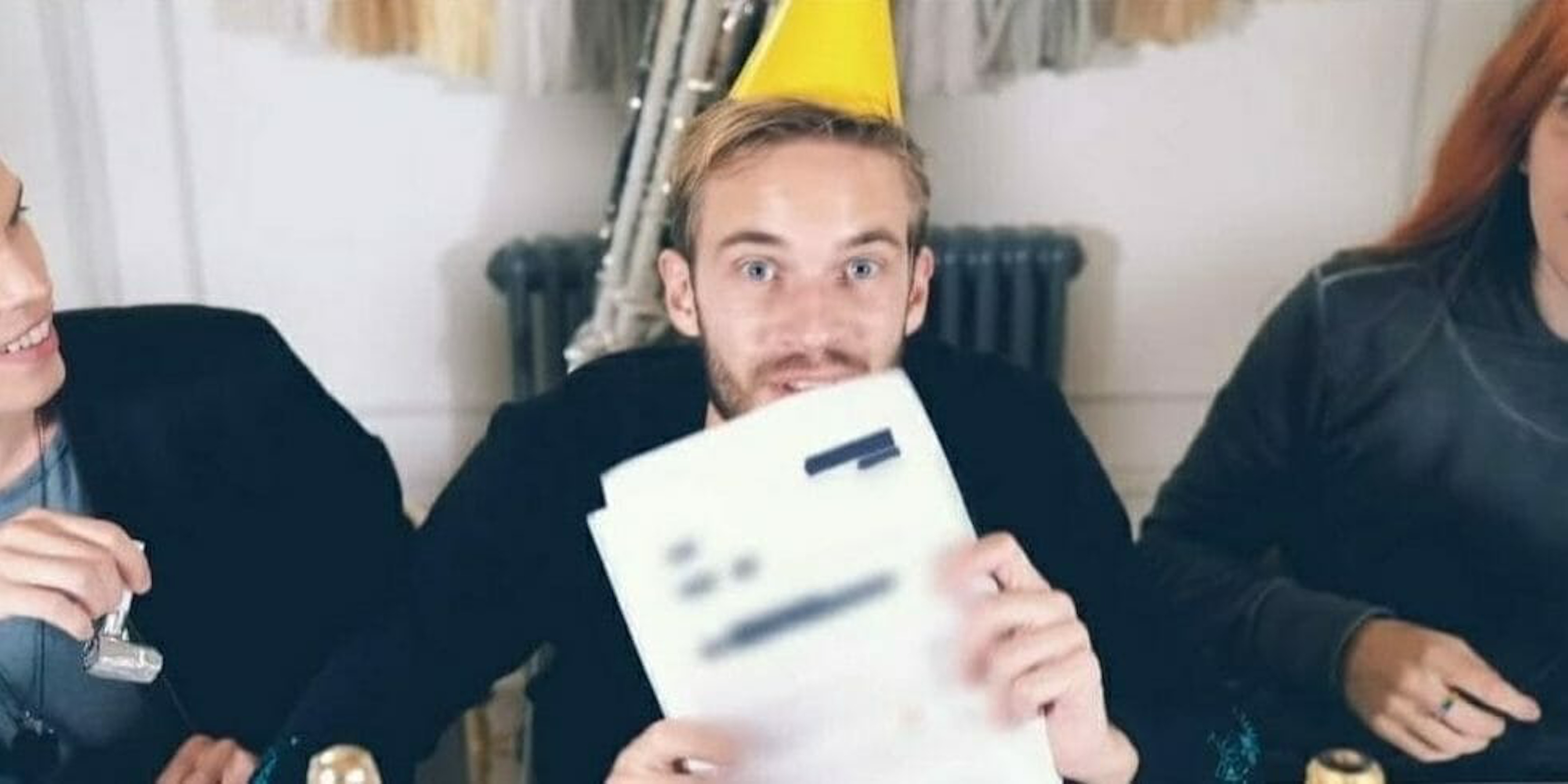 PewDiePie shows the cease-and-desist letter he received. And raps.

The battle between PewDiePie and T-Series for the most popular YouTube channel has been essentially finished for the past week or so. On Sunday, PewDiePie officially conceded the top spot to the Indian music and film production company.

But he also took a number of shots at T-Series, saying the company had sent him a cease-and-desist letter after he released his “Bitch Lasagna” diss track last October.

In his music video titled “Congratulations,” PewDiePie celebrates the end of their feud—with plenty of snarkiness.

“Yeah, you did it/Very nice/And all it took was a massive corporate entity with every song in Bollywood,” PewDiePie sang and rapped on his new song.

PewDiePie continued, “Now you’re at No. 1/Hope you did nothing wrong/Like starting your business by selling pirated songs./Oops, didn’t think we’d see/It’s right there in Wikipedia/Get used to your past being held against you by the media.”

Later in the song, PewDiePie said T-Series had sent him a cease-and-desist letter for defamation, but PewDiePie said he could tell T-Series to “eat a dick” or “suck my fucking Swedish meatballs” and that wouldn’t be classified as defamation.

PewDiePie ended his song by giving thanks to those who stuck by him through all of his controversies (and then sticks in one more bit of snarkiness by telling T-Series that “I hope that all that Me Too stuff doesn’t severely affect your bottom line”).

Originally, during the rise of T-Series, it was predicted the Indian label would take the lead for good last October. But YouTubers made a concerted effort to get everyone possible to subscribe to PewDiePie to put off the inevitable. Popular YouTuber MrBeast helped begin the “Subscribe to PewDiePie” movement by buying billboard advertisements, making 12-hour videos about him, and landing expensive Super Bowl seats to keep PewDiePie’s numbers as high as possible.

It kept PewDiePie in the lead for a number of months.

As of this writing, both channels have about 92 million subscribers with PewDiePie slightly ahead by about 8,000. But since the “Subscribe to PewDiePie” meme has virtually stopped since the alleged New Zealand mosque shooter mentioned it during his rampage, PewDiePie seems ready to move on in his career as the second-most popular YouTuber in the world.