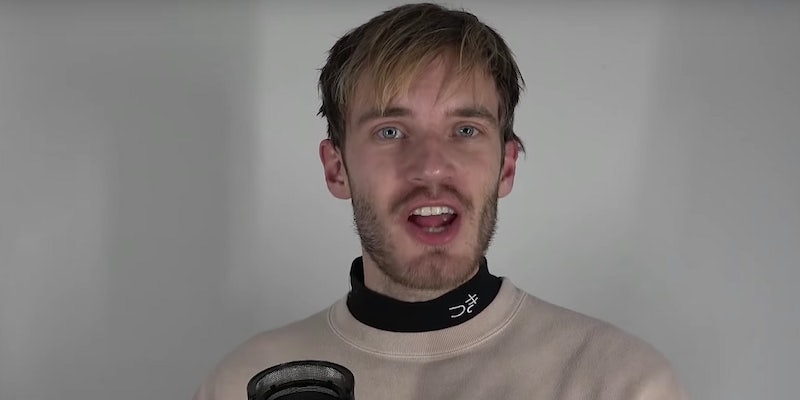 The duo behind the PewDiePie printer hack has returned.

Hackers are taking over Chromecasts, Smart TVs, and Google Home devices in an effort to increase the subscriber count of prominent YouTuber PewDiePie.

Initiated by hackers HackerGiraffe and j3ws3r, the campaign dubbed “CastHack” exploits improperly configured routers that have smart devices exposed to the public internet.

Devices targeted by the hack are forced to play a YouTube video urging those affected to both fix their routers and subscribe to PewDiePie (whose real name is Felix Kjellberg).

The video, set to PewDiePie’s rap song “bitch lasagna,” includes a link to a website alleging to show the number of devices being hacked in real-time.

“We want to help you, and also our favorite YouTubers (mostly PewDiePie),” a statement on the website reads. “We’re only trying to protect you and inform you of this before someone takes real advantage of it.”

Users are encouraged to disable UPnP (Universal Plug’n’Play) on their routers, a setting which makes the hack possible when enabled.

In a statement to the Verge, Google confirmed receiving reports of the hack and likewise called on users to change the settings in their routers.

Speaking with the Daily Dot, HackerGiraffe said he has received a wide-range of responses to CastHack thus far and may start another hack soon.

“I might be looking into more devices that are incorrectly configured with UPnP,” HackerGiraffe said.

The campaign comes amid an ongoing battle between PewDiePie, currently YouTube’s largest content creator, and T-Series, an Indian music channel set to surpass him.

HackerGiraffe said that he has not received any direct messages from PewDiePie throughout his endeavors. Kjellberg did, however, thank the hacker in a tweet Wednesday for “doing God’s work.”