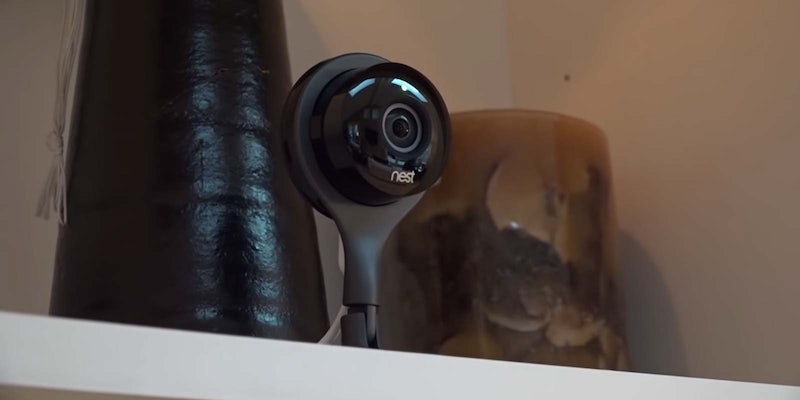 It's not the first PewDiePie-related hack.

The hacker, known as SydeFX, reportedly gained access to the cameras with the help of a password-cracking tool. The attack works by testing login credentials exposed in previous data breaches on Nest accounts.

Cole reports that the hacker provided video of the software in action, which revealed the “home addresses, email addresses, full names and phone numbers” of Nest account holders.

In video of one of the attacks, SydeFX can be heard urging an individual through his camera to subscribe to PewDiePie. The hacking victim then holds his phone up to the Nest device to show that he has complied.

Another video reportedly shows two young females looking confused while likewise being ordered to subscribe to the YouTube channel.

“I’m trying to secure a position as an ethical hacker in the future, so I start finding every vulnerability I can now,” SydeFX told Cole.

The hacks are part of an ongoing battle between PewDiePie, real name Felix Kjellberg, and T-Series, an Indian music and production company. While PewDiePie has long held the title of the most subscribed YouTuber, T-Series has threatened to topple his position for several months.

In an effort to keep Kjellberg on top, other prominent YouTubers and even other hackers have carried out a series of increasingly bold stunts. At the time of publication, PewDiePie holds several hundred thousand more followers for a total of 82 million.

A hacker in November of last year made headlines after causing countless printers to print out messages urging people to subscribe. That same hacker, known as HackerGiraffe, carried out a similar attack against Chromecast devices less than two months later.