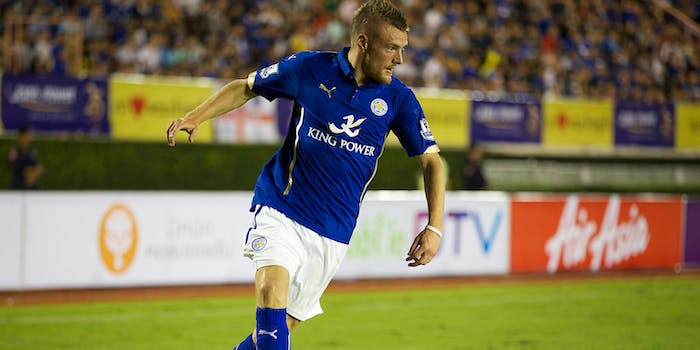 How to stream Manchester City vs. Leicester City live

The two biggest challengers to Liverpool's title aspirations face off on Saturday.

Leicester City has certainly been capable of surprise in the Premier League before. Just remember the 2015-16 season, when the Foxes shocked the world and won the title by putting together a solid season while the usual top teams imploded. This year, Leicester City’s second only to red-hot Liverpool, looking like they’ll finish in a Champions League place if they keep this up. On Saturday, the team has a tough test, traveling to Etihad Stadium to face Manchester City, the defending Premier League champs.

For Manchester City, this is an opportunity to gain points on Leicester City and move closer to second. It’s also a chance to gain points on league-leader Liverpool, which saw its scheduled Friday match postponed due to its involvement in the FIFA Club World Cup.

Here’s everything you need to know to stream Manchester City vs. Leicester City live.

Manchester City (last five Premier League matches: WDWLW) looked solid last Sunday in its bounce-back match after a Manchester Derby loss, racing to a 3-0 halftime lead that would end up being the final scoreline. Kevin De Bruyne had two goals in the match, and Raheem Sterling, who had the other goal on Sunday, followed that up with a brace on Wednesday as City brushed Oxford aside 3-1 in its Carabao Cup run.

Leicester City (recent form: WWWWWD) drew with Norwich City on Saturday, ending an eight-match win streak but keeping a nine-match unbeaten streak alive. The run of success for the Foxes has a lot to do with Jamie Vardy; he’s leading the Premier League Golden Boot race with 16 goals through 17 games. That nearly goal-a-game pace at the season’s halfway point puts him on track for 32. The Foxes are also playing excellent defense, only letting in league-best 11 goals so far this season … including a Tim Krul own-goal in Saturday’s draw with the Canaries.