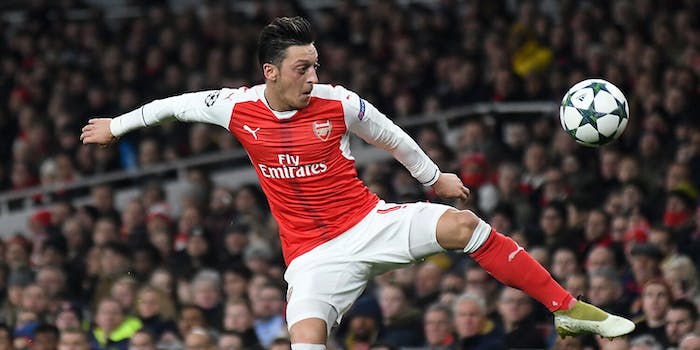 How to stream Arsenal vs. Brighton live

Arsenal's looking to break out of a slump. Can it do it against Brighton?

Arsenal’s gotten used to playing Thursdays of late, thanks to its Europa League dates in recent years. This Thursday, though, it’s a rare midweek Premier League match for the Gunners, who are trying to turn it around after six matches without a win. In Freddie Ljungberg’s interim manager debut this past Sunday, Arsenal got a second-half equalizer but couldn’t find a game-winning goal against lowly Norwich.

Could a win come at home against Brighton? The visitors come in with a three-match losing streak of their own.

Here’s everything you need to know to stream Arsenal vs. Brighton live.

Arsenal vs. Brighton and Hove Albion

Arsenal (Last 5 matches: LWWLW) got two goals from Pierre-Emerick Aubameyang in its Sunday bout with Norwich, but gave up two goals as well—one on a penalty, and one as a result of truly shambolic defending. That leaves Arsenal winless in its last six Premier League matches. Its last Premier League win, in fact, came against Bournemouth back on Oct. 6. Clearly, Arsenal needs a shakeup beyond a managerial change. Perhaps that will come in the form of winger Nicolas Pepe, neglected of late in the lineup.

Brighton (Last 5 matches: WWLLL) is facing its own challenges with a three-match losing streak, though it did get the dreaded match at Anfield out of the way last weekend, respectably losing 2-1 to Liverpool. (Though, certainly, the scoreline was helped by Lewis Dunk scoring mere minutes after Reds keeper Allison was sent off with a red card.) The Seagulls are now just a point from safety in 16th place.

The oddsmakers seem to like Arsenal’s chances. The Gunners are a -180 favorite (wager $180 to win $100) to win outright, with Brighton getting +450 odds to win outright and +340 to hand Arsenal yet another draw.