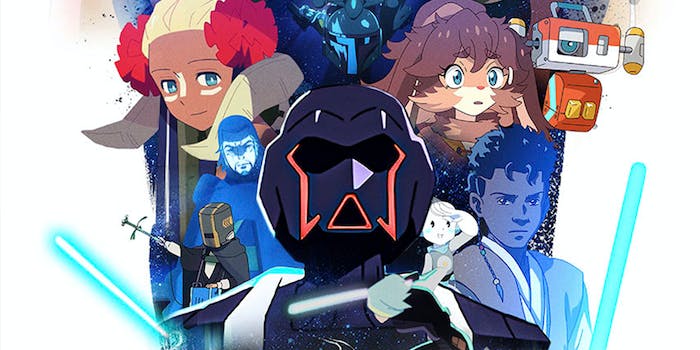 How to watch ‘Star Wars: Visions’

The Star Wars galaxy is unfathomably vast. Most stories here focus on the struggle for freedom and “the force.” However, in this far, away place, there’s a lot more happening at the periphery. Star Wars: Visions offers a series of short films showcasing a new look at the galaxy.

The series encompasses nine animated shorts. Each is produced by celebrated Japanese animation studios including Twin Engine, Kinema Citrus, Science Saru, and even Production I.G. Did I mention the entire series is anime? If these studios sound familiar, it’s because they’ve made some of the best anime ever produced.

After decades of fans begging for Lucasfilms to adapt the Star Wars universe into a format made for high-flying action, Star Wars is finally getting its first anime series. Each story will focus on a mere snippet of galaxy life, from Tatooine to Coruscant, and back.

Here’s everything you need to know to watch Star Wars: Visions.

Where to watch Star Wars: Visions

All nine episodes of the new Star Wars series will air on Disney Plus on September 22.

Star Wars: Visions is available to stream on Disney Plus. The celebrated Disney streaming service is available alone, or through a bundle with Hulu and ESPN+ for only $12.99 a month. Not only can you stream Star Wars: Visions but just about every other piece of Star Wars media including other animated hits like The Bad Batch and The Clone Wars.