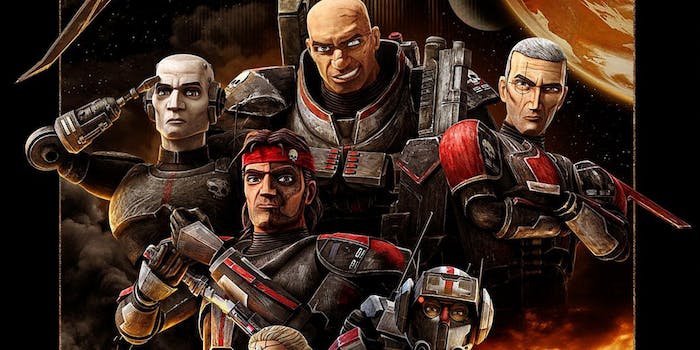 How to stream ‘Star Wars: The Bad Batch’

Making clones isn’t an exact science. The folks who make troopers on Kamino occasionally have a few clones out of every heap that turn out a little less than ideal. Star Wars: The Bad Batch is their story.

Bad, in this case, is extremely relative. After the Clone Wars comes to a close, a few veterans have a hard time adjusting to the new Pax Galactica. Clone Force 99––a group of elite clone troopers with genetic mutations––aren’t laying down their phasers just yet. Instead, they’ll be taking on some daring mercenary missions in a galaxy ravaged by tyranny.

Here’s everything you need to know to stream Star Wars: The Bad Batch.

Where to stream Star Wars: The Bad Batch

The latest Star Wars show is a spin-off of Star Wars: The Clone Wars, featuring characters introduced in that show. The show will premiere on Star Wars Day 2021.