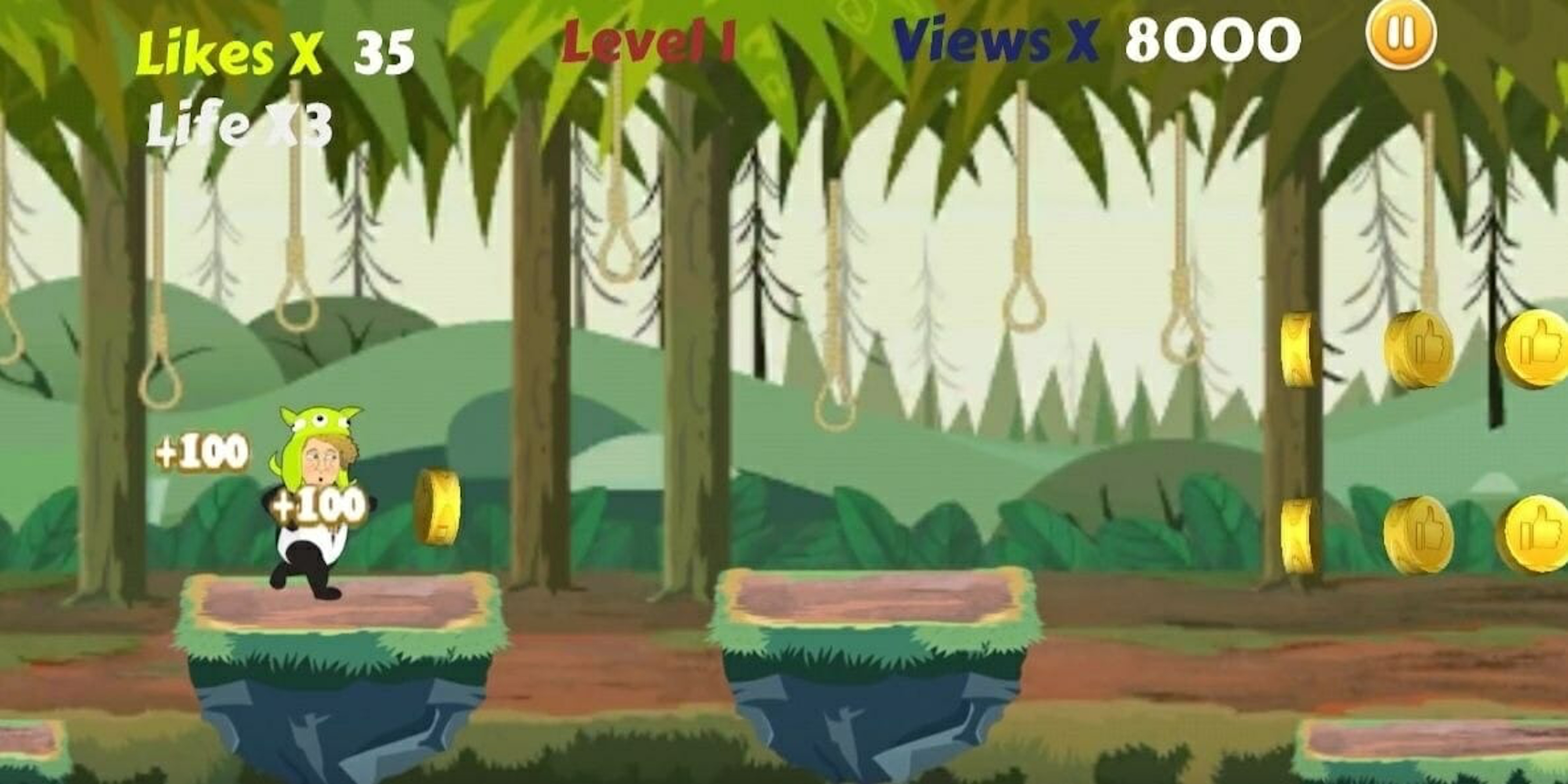 He can't believe it got so popular.

An app called Logan Paul: Suicide Forest Run was briefly available for Android users, but by Monday, Google had already deleted it. The person who developed the game can’t believe it got so popular in the first place.

A computer programmer, who wouldn’t disclose his full name because he said he works in a government facility, told the Daily Dot on Monday that he invented the game to tweak Logan Paul after the YouTube star filmed and posted the video of a dead body in the Japanese “suicide forest” earlier this month.

The controversial stunt cost Paul his place in the Google Preferred program, meaning he lost a huge chunk of his YouTube earnings, and he’s been harshly criticized by people including Aaron Paul and PewDiePie.

Paul returned to YouTube last week with a new lease in his online life, even though not everybody believes his intentions are pure. The programmer, who asked to be referred to as Simo Mediator, used that controversy as motivation to develop the app for the Google Play store.

“The main idea of my game was to show in a sarcastic way the reason Logan Paul went to the suicide forest. The real reason [was] to get views, [and this] was intended to be sort of a meme game,” he wrote in an email. “Never thought it would get this much success. I heard it got 9 in U.S. Google Play rank, but I’m not sure. I didn’t set up ranking tools and app analytics, because never thought it would get this popular.”

It was apparently popular enough to attract the attention of Google, which took down the app from the Google Play store and gave Simo Mediator a strike on his Google Play developer account. Google did not respond to a Daily Dot request for comment.

Here’s the cached webpage of what the app page looked like before Google deleted it.

One YouTuber uploaded a video showing what it’s like to play the game and to describe how, after you collect enough thumbs-up coins to beat a level, you receive dozens of “likes” and thousands of “views.” In the background of the game, there are trees with nooses attached to the branches.

In a 10-minute video of gameplay, another YouTuber came close to beating the entire game.

“Somebody put time and effort into this. And I love it,” said YouTuber Celebrity Martyr as he controlled his jumping and spinning animated Logan Paul.

The game is gone for now, but Simo Mediator said he appealed to Google and wants to bring another version of Logan Paul: Suicide Forest Run back for free.

“I am remaking the game with a more professional look and adding features to the game, but I will not add [an] in-app purchase, like some commentators are stating,” Simo Mediator said.

Unfortunately for those who are intent to beat the game, it looks to be awfully difficult.

“This should be Logan Paul’s punishment,” Celebrity Martyr said. “He has to play this game.”