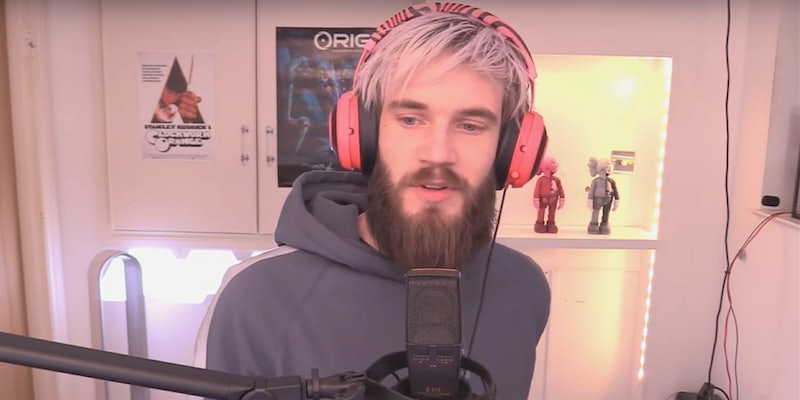 Felix Kjellberg, aka PewDiePie, is one of YouTube’s most popular personalities, and he’s admitted to making mistakes in the past. So perhaps he’s uniquely situated to rip on another controversial personality: Logan Paul.

The 22-year-old Paul felt the full force of internet outrage last week, after including an image of a dead body in a vlog filmed in Japan. But there was even more awfulness on Paul’s trip, and Kjellberg has some thoughts about it.

“I didn’t edit that to make him look bad,” he says of one part of Paul’s cringeworthy Japan vlog. “He edited that.” He goes on to critique Paul’s “Be a Maverick” slogan by contrasting it with the increasingly inane and disrespectful “pranks” in his video, which include chasing people in a Pikachu costume and filming at a Buddhist temple. He adds that “From one sociopath to another,” he understands the kind of person Paul is. “I’m a YouTuber, I know how they think.”

“It seemed like I got in a lot of shit for a lot less,” Kjellberg concludes, adding that his canceled series Scare PewDiePie should be brought back.

In other news, paparazzi photos of Paul have emerged after he claimed he was taking a break from vlogging to “reflect,” and he’s hired additional security to protect his $6 million Los Angeles mansion.

Editor’s note: The original headline of this article has been updated for clarity.