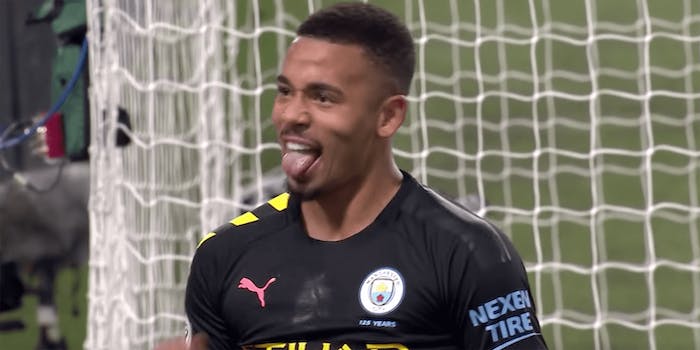 The Manchester Derby could be the highlight of Saturday's soccer schedule.

The Manchester Derby is one of the best rivalry matches that the Premier League offers. This year, Manchester City is trying to catch a red-hot Liverpool in the race to defend its title. Manchester United, on the other hand, is trying to fully find its identity, as Ole Gunnar Solskjaer may or may not be keeping his managerial job. Solskjaer did get a feather in his cap, regardless of how the rest of the season goes, in beating Spurs on Wednesday, led by former United manager Jose Mourinho.

Here’s everything you need to know to stream Manchester City vs. Manchester United live.

Manchester City (last 5 matches: WLWDW) took care of business on Tuesday, beating Burnley 4-1 to offset a 2-2 draw to Newcastle last Saturday. City can’t afford to drop points if it wants to get back in the title race. It’s currently 11 points out of first and is even looking up at Leicester City at the moment. Still, it’s home against a huge rival and is having no problem scoring goals. This could be a statement game with the eyes of the world on it.

Manchester United (last 5 matches: LWDDW) got its own statement win on Wednesday, beating a Spurs team that was riding high with results in the wake of hiring Jose Mourinho. The current United skipper bested the former one, though, thanks to a pair of Marcus Rashford goals. It was good enough to extend a four-match unbeaten but only got them to sixth in a table that’s looking increasingly like a Top Four and a Bottom 16.