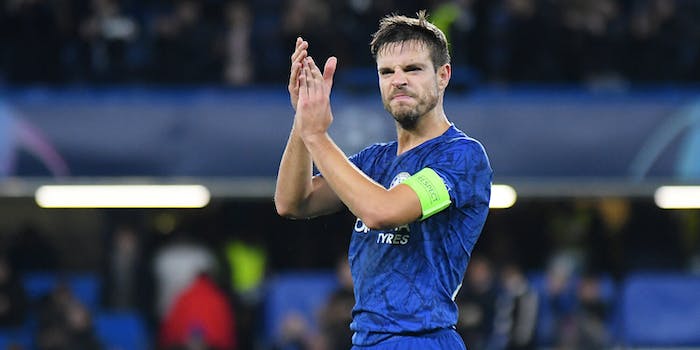 How to watch Chelsea vs. Bournemouth live online

Chelsea's looking to bounce back from two losses in its last three Premier League matches.

Chelsea did it: It got through its Champions League group stage after beating Lille 2-1, advancing along with Valencia in a tight battle that saw Ajax as the odd team out. Now, Chelsea can turn some attention to a Premier League race where it currently sits fourth. On Saturday, Chelsea hosts a Bournemouth team that’s dropped five straight in league play.

Here’s everything you need to know to stream Chelsea vs. Bournemouth live.

Bournemouth (last five matches: LLLLL) has done worse, though, losing a fifth-straight league match on Saturday. With the 3-0 home loss to Liverpool, the Cherries dropped to 15th place—but just one point from safety. While it looks like there’s going to be plenty of competition for the relegation spots this season, Bournemouth didn’t figure to be among the contestants. Surely Eddie Howe’s a good enough manager to help his team out of that spot?