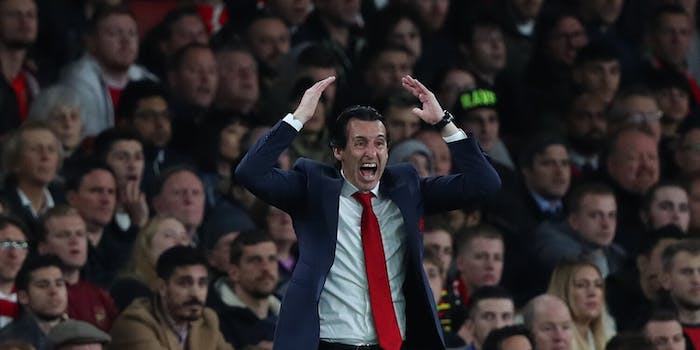 How to watch Arsenal vs. Southampton live

Arsenal comes back from the international break with questions.

Arsenal heads back from the international break surrounded by question marks. The biggest question, of course, concerns the future of Unai Emery. Rumors that Jose Mourinho was coming to do a mid-season overhaul have now been dispensed with, thanks to Spurs picking him up, but there are growing grumblings among fans accompanying a four-match winless streak. Though it seems a welcome sight for Arsenal to be hosting Southampton on Saturday, it is a team that has weirdly had Arsenal’s number in recent years.

Here’s everything you need to know to stream Arsenal vs. Southampton live.

Arsenal (recent form: WLDDL) hasn’t won since edging Bournemouth 1-0 back on Oct. 6, and the bad recent form has placed them outside of a top four that looks to be solidifying more and more each week. Though Southampton seems an easy mark for a Gunners squad that still has considerable firepower, consider that Saints manager Ralph Hasenhuttl got his first win in the Premier League last December—against Arsenal.

Southampton (recent form: LDLLL) has lost six of its last seven and is now firmly in the relegation mix. The recent losing streak started in cataclysmic fashion on Oct. 25 as an in-form Leicester went on a scoring spree in a monsoon, winning 9-0. The Saints likely won’t face another drubbing quite that bad, but if they don’t get points quickly, they seem to be on a fast track to the Championship.