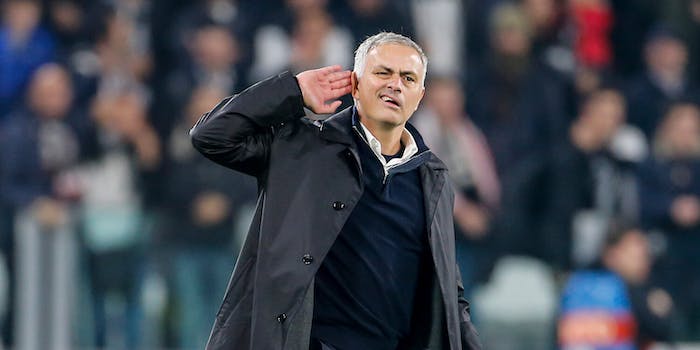 How to stream Tottenham Hotspur vs. West Ham live

You may have heard: Tottenham Hotspur replaced its manager over the break.

Absolutely nothing going on this week with Tottenham Hotspur! Except, of course, closing out the international break by firing Mauricio Pochettino (who got Spurs to a Champions League final just six months ago) and bringing in Jose Mourinho to replace him. The Special One oversaw his first training session yesterday in his return to the Premier League — which just so happens to be a derby against West Ham at London Stadium to start the weekend’s festivities.

Here’s everything you need to know to stream Tottenham Hotspur vs. West Ham live.

Tottenham Hotspur (recent form: LDLDD) is winless in its last five matches, which appears to have hastened the change from Pochettino to Mourinho. While being in 14th at this stage of the season is worrisome, the good news is that Spurs are only three points from fifth place. The bad news, of course, is that there’s a sizable gap opening up between the top four teams and the rest of the league, and Tottenham Hotspur is resolutely on the wrong side of that at present. It could be worse though, as …

West Ham (recent form: LLDLL) is winless in its last six. Though they’re five points from safety at the moment, a couple more losses could place them in the danger zone. The Hammers were blanked 3-0 hosting Burnley their last time out, and though they showed some fight in their last match against Newcastle, it was fight that merely closed a 3-0 deficit to 3-2.