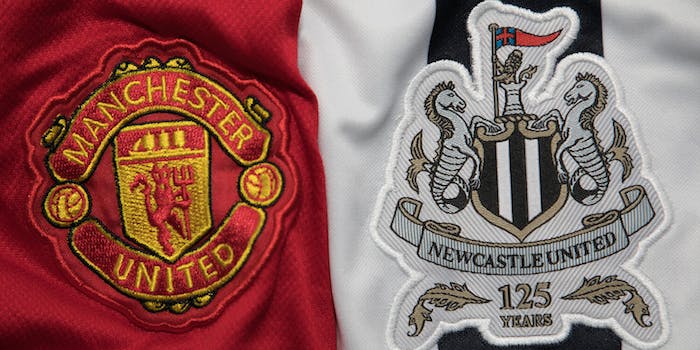 How to stream Manchester United vs. Newcastle live

Looked at the Premier League table yet? These teams are closer to each other than you might think.

This past weekend, Newcastle was rapt in the celebration for Miguel Almiron’s first Premier League goal—the only goal in a fantastic win over Crystal Palace allowing Newcastle into the top half of the table. Meanwhile, Manchester United fans were suffering the indignity of losing to Watford. For the Hornets, it was only the second win they’d mustered all season, in 18 tries.

Now, suddenly, this Boxing Day match becomes a battle between the Premier League’s 8th- and 9th-place teams, with a chance for the winner to vault to as high as fifth place.

Here’s everything you need to know to stream Manchester United vs. Newcastle live.

Manchester United (recent form: DWWDL) is going to want to forget its most recent outing. In losing to Watford, United dominated possession and got off 17 shots (eight on target), but couldn’t find the back of the net. For manager Ole Gunnar Solskjaer, the hot seat talk is back, though recent reports have the United brass backing what’s being termed as a rebuild. But the Red Devils have fewer points than they accumulated at this point last season.

Newcastle (recent form: DWWLW) is continuing its unlikely ascent under manager Steve Bruce. Consider that it was in the relegation zone as recently as October, though that’s also a month in which the squad handled United at home. Almiron is rounding into form for the Magpies at just the right time; though they may not qualify for any of the European places, the fact that this is the conversation heading into the New Year makes for an outstanding turnaround already.