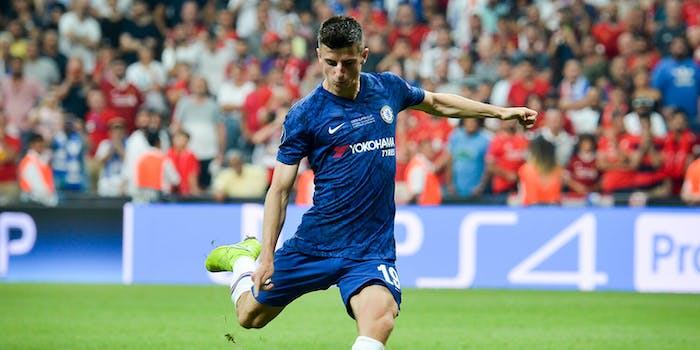 How to stream Manchester City vs. Chelsea live

It's a battle of top-four teams in the Premier League as Chelsea travels to Manchester.

It’ll be a matchup of top-tier Premier League teams when Chelsea comes to the Etihad on Saturday to face Manchester City. Thanks to a winning streak that’s propelled them back into a Champions League position, it’s Chelsea that holds a one-point and one-place lead in the standings heading into this match. Whoever wins this match arguably has the best shot at challenging Liverpool from running away with the title … that Man City currently holds.

Here’s everything you need to know to stream Manchester City vs. Chelsea live.

Manchester City (recent form: LWWWL) managed a three-match win streak before dropping a tough matchup against league-leaders Liverpool. City already has three losses on the season, which is uncustomary for the defending champs at this time of the season (especially considering two of the losses came to Norwich City and Wolves). By the time this match kicks off, Liverpool could be 12 points ahead of City in the table. Simply put, City needs this match if it wants to keep its title defense going.

Chelsea (recent form: WWWWW) has won six straight, including a 2-0 home shutout over Crystal Palace right before the international break. It’s been a fantastic run that’s seen the Blues vault from 11th to third in the standings, and an in-form Christian Pulisic has had a lot to do with it. Pulisic, of course, had an injury that kept him (mysteriously) out of the recent Nations League matches the U.S. managed. If he can’t go, it’ll likely be Pulisic’s English doppleganger, Mason Mount, joining Willian and a brilliant young Tammy Abraham in the front three.