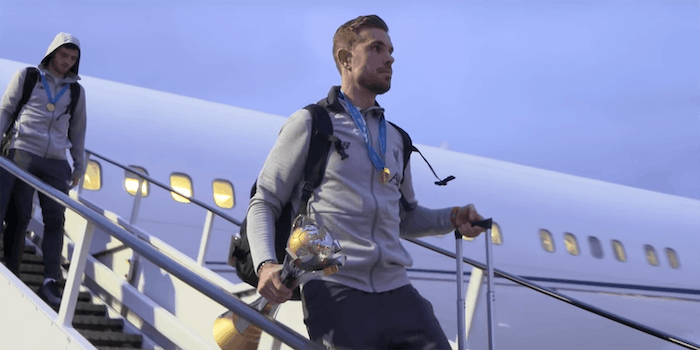 How to stream Liverpool vs. Leicester City live

The top two teams in the Premier League close out Boxing Day with a showcase of great scorers.

While Manchester City and Leicester City were dueling this past weekend, Liverpool was defeating Flamengo to become FIFA Club World Cup winners. The trophy gatherers are back for a fun match to close out Boxing Day against Leicester City. Though the Sky Blues got the better of the Foxes, it’s still the Foxes with the best chance to catch the unbeaten Reds … and Boxing Day would be a great time to start.

Here’s everything you need to know to stream Liverpool vs. Leicester City live.

Liverpool (last 5 Premier League matches: WWWWW) started the season with eight straight wins, and after the lone draw to Manchester United in Matchday 9, the team has gone on another eight-match win streak to get to this point. This could prove a tricky match, though, as the team has just returned from a trip to Qatar and is on the road to face one of the best teams in the Prem this season. Both Mohamed Salah and Sadio Mane are on nine goals for the season at the halfway point; look for one if not both of them to break into double digits in what should be a high-scoring affair.

Leicester City (recent form: WWWDL) was bested by Manchester City but still got a goal from Jamie Vardy to bring his Golden Boot-leading total to 17. That’s a nearly-goal-a-game pace for the striker. Though the Foxes are trending in the wrong direction, with the loss to City preceded by a draw with Norwich, they still have one of the best chances the rest of the season to defeat Liverpool and set a legit Premier League title race in motion.