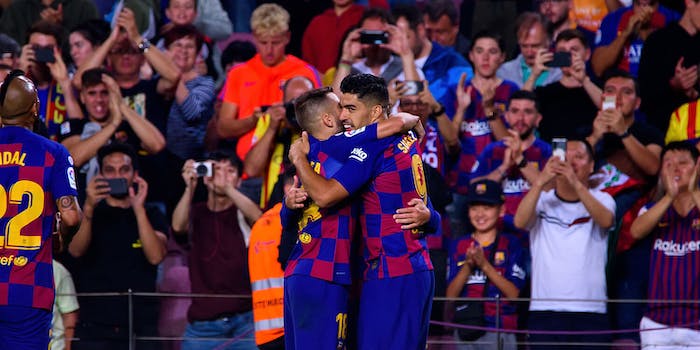 How to stream Barcelona vs. Real Valladolid

Can Barca return to the top of the La Liga table?

Barcelona got an unexpected break last week, with concerns about protests and ongoing civic unrest causing the team’s El Clasico matchup to be postponed. The team returns to action in a special Tuesday edition of La Liga, six days after its last match—a bit of a worrying win (by Barcelona standards) in Champions League action over Slavia Praha.

Here’s everything you need to know to live stream Barcelona vs. Real Valladolid, including what to watch for on the pitch.

Barcelona (Recent form: LWWWW) has looked good in La Liga play since losing to Granada last month. Though the team didn’t get to test itself against Real Madrid, it handled Sevilla 4-0 a couple of weeks ago to help vault to second in La Liga. The Slavia Praha match, though it started well with a third-minute Lionel Messi goal, required an own goal for Barca to retain its lead on a night it was outshot 24-13.

Real Valladolid (Recent form: DWDDW) is putting a six-match unbeaten streak on the line at Camp Nou, including results against Atletico Madrid and Athletic Bilbao to hang tough in ninth place. Though not yet on Champions League-challenging level, it’s been a good run that the Pucelanos would love to keep going.