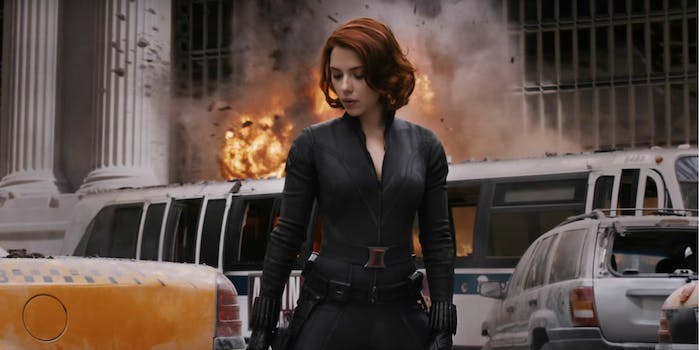 Revisiting MCU Phase 1, the rise of the Avengers

It’s easy to look at each phase of the Marvel Cinematic Universe and how those films tie everything together, but it wouldn’t have been possible without the starting lineup established in MCU phase 1.

The Avengers changed the game in 2012, but the main reason it worked was because of the five (or four, if you skipped The Incredible Hulk) films of setup that came before it. Those movies not only needed to work on their own and establish each superhero as someone worth rooting for, they had to establish links with one another.

Through this six-film run—the first of four Marvel phases—Marvel gave four of the six original Avengers a movie to helm. (Hawkeye has yet to get his own film and only now is Marvel finally planning a Black Widow movie.) It introduced Loki as one of Marvel’s great movie villains. (The rest? Not so much.) And with the rights to Spider-Man and the X-Men at other movie studios, it turned a group of unlikely heroes that casual fans may not have heard of before into household names. Here’s everything you need to know about MCU phase 1.

Iron Man had a tall order to fill: Not only did it have to function as an entertaining movie on its own, it had to tease something much bigger (but not too big in case Iron Man didn’t work). Luckily for us, it did that and more as it introduced us to Tony Stark, showed how he got the arc reactor placed in his chest and the birth of his first Iron Man suits, and deception from someone he trusted.

And not only did Iron Man throw the concept of a secret identity out the door with Tony telling the world that he was Iron Man, it gave us our first Marvel post-credits scene, which would soon become an MCU staple. It’s less than a minute long, and it contains a line from Nick Fury that opened a wealth of possibility: “I’m here to talk to you about the Avenger Initiative.”

Bruce Banner’s origin story—he turned into the Hulk after a failed experiment attempting to restart the program that created Captain America—is revealed along with the Hulk’s early years as he attempts to find a way to cure himself—none of which, obviously, were very successful. Although it’s part of the MCU (albeit a movie some fans tend to skip), Marvel replaced lead actor Edward Norton with Mark Ruffalo, who’s played supporting roles in several Marvel movies since. And the Avengers thread continues with Tony Stark passing along word of making a team.

Iron Man 2 is a revenge story: The son of a disgraced physicist (who once worked with Howard Stark) tries to ruin Tony Stark’s life, but in the grand scheme of the MCU, the film is marked by the introduction of two new characters: a new James Rhodes (now played by Don Cheadle) and the first appearance of Black Widow. It also leads straight into Thor as S.H.I.E.L.D. agent Phil Coulson goes to New Mexico to investigate Thor’s hammer Mjølnir.

Thor is the ultimate fish-out-of-water story on a cosmic scale: After being deemed unworthy of taking up the throne of Asgard, Thor is banished to Earth without his powers, which are contained within Mjølnir. (Naturally, hilarity ensues as Thor encounters a group of scientists, Hawkeye, and S.H.I.E.L.D. along the way.) But it also kicks off the start of Thor and Loki’s Shakespearean drama, which usually ends being much more fascinating than whatever forces come their way. For the first time in MCU phase 1, Thor begins to tease beyond the next film as the post-credits scene leads into The Avengers.

The Captain America origin story takes us back to World War II as Steve Rogers is transformed into a strong fighter with super-soldier serum and takes on Red Skull and HYDRA forces. Featuring one of Marvel’s best romances (and one of its strongest ships), it grounds a character that could be cartoonish complete with a heartbreaking ending. Of course, we know Captain America will eventually get out of that ice. He’s plucked out in present-day, which he quickly figures out, putting him in the right spot to be an essential part of the Avengers.

The culmination of MCU phase 1, six movies and four years in the making. Avengers makes the impossible work. It takes most of the movie for Iron Man, Captain America, Thor, the Hulk, Black Widow, and Hawkeye to work together as a united front—particularly as Loki, armed with the Tesseract and Mind Stone, successfully pits them against one another. But when it happens, you know that moment is earned. Thanos, on the other hand, is just a mysterious creature on a throne far off in space with only hints of the mass chaos he would eventually bring onto the universe.