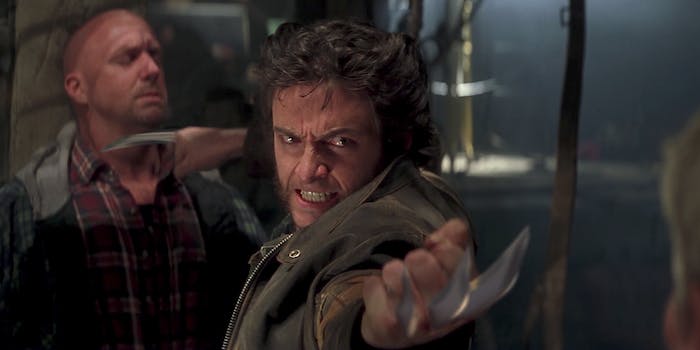 What is the best order to watch the X-Men movies?

Making sense of the X-Men series' twisted timeline can be a complicated process.

When it comes to comic book adaptations on the silver screen, fans have come to expect changes. Whether it’s to their favorite characters’ backstories or simply how their powers work, no comic book movie is 100 percent accurate to the source material. The X-Men movies, while different from the comics, share one major trait with their source material. We’re speaking, of course, of the franchise’s completely bonkers timeline.

Time travel has been a major component of the X-Men series since the ’80s, when the Days of Future Past storyline introduced the concept of multiple timelines to our mutant heroes. Over the years, a steady stream of time travelers—from Bishop to the Beast—have turned the comic book timeline into swiss cheese. When it came time to reboot the X-Men film franchise with X-Men: First Class, 20th Century Fox faced the possibility of losing Hugh Jackman’s Wolverine if it completely started over. So, in what was probably just an accidental tribute to the comics, it also started twisting up the timeline for the X-Men cinematic universe.

In total, there have been 10 X-Men movies since the original film hit theaters in 2000. Of those, three have been standalone Wolverine movies, three have featured the original cinematic X-Men team, and three have taken place over a timeline spanning from the ’60s to the ’80s. That last one? It’s Deadpool, who’s kind of in a category of his own. If you’re just starting out watching the X-Men movies, it can be tough to figure out where to start. But don’t worry: We’re here to help you work through the timeline. Below is how we suggest watching the X-Men series, in chronological, historical order.

The X-Men movies in order

Round One: The first class and learning to love time travel

When tackling the X-Men series in chronological order, there are two things you need to remember. First, you need to accept that time travel renders X-Men Origins: Wolverine moot the moment Days of Future Past begins. Embrace it as an example of the hell that is Wolverine’s life, forever torn between timelines, losing loved ones, and being used as a pawn in other people’s wars. It’s a tragic way to look at the character, but that’s just how Wolverine got to be his grumpy self.

Second, you can excuse a remarkable number of continuity errors caused by merging the two timelines by shrugging and saying, “Eh, time travel screws things up.” It’s a lazy way to work around the issues, but it allows you to focus on the things these movies get right about the merged universe.

First Class, Days of Future Past,and Apocalypse show the developmental years of the Xavier Institute. How were the X-Men formed? What was the government’s response to the sudden appearance of mutants? Why is Hank so furry? They also introduce the important concept that the existence of Xavier’s school is necessary for the survival of the world. It’s not just a safe haven, it’s a place where young mutants can hone their powers and learn how to fit into a world that doesn’t always accept them. The Institute is so important that even though he knows it will change his timeline, Wolverine is willing to go back in time to save it. In that light, X-Men Origins: Wolverine serves to add weight to Wolverine’s sacrifice in Days of Future Past. Watching these four films first gets you to the modern era.

Round Two: The glory years of Xavier’s school

After Apocalypse, the timeline becomes a little more complicated, but again we’ve accepted that shrugging and saying, “Eh, time travel,” is part of enjoying the X-Men films. Now we start the original trilogy. The X-Men do not know Wolverine in this timeline, but that’s OK because Apocalypse establishes that the ’80s class of X-Men were unaware of Wolverine’s existence. If his contributions to Days of Future Past are remembered by Xavier, he appears to have kept those memories classified.

When the threat of his former friend Magneto becomes too great to ignore, Xavier reaches out to Wolverine, setting in motion the next three films in the series. Here you get to see the fully functional Xavier Institute, briefly hinted at in Apocalypse. Having already been introduced to teenage Cyclops and Jean Grey in the previous film gives weight to their adult characters. It also makes it a little weird when Wolverine starts flirting, because you’re aware he’s close to 100 years old at this point.

By the end of these three films—X-Men, X-Men United, and Last Stand—you have seen the rise and fall of the X-Men. While the team and school remain, the deaths that occur in the Last Stand set in motion the final three films in the series, which explore the broader world established by the X-Men. We know they exist, so now you get to see what it means to live in a world impacted by their presence.

Round Three: Solo adventures and the end the team

These three films, featuring the X-Men’s most popular solo characters, are fascinating. All of them come in R-rated versions, with only The Wolverine originally being released with a PG-13 rating. The Wolverine sets up Logan, showing a lost warrior searching the world for meaning after the love of his life is dies. As a standalone action film, The Wolverine is a wild success, integrating over-the-top superhero action with a surprisingly thoughtful ninja movie. As a precursor to Logan, it shows how hungry Wolverine is to lead and be needed, even if he initially spurns every would-be protege who comes his way.

Deadpool meanwhile is just fun, showcasing the importance and occasional uselessness of the X-Men at the same time. The Xavier school is still out there, still searching for recruits and trying to squeeze the best out of mutant potential, but the unhinged, wisecracking assassin Deadpool doesn’t need their help. At least in any long-term capacity. That doesn’t mean he’s unwilling to accept an organic steel hand when it’s offered.

Logan, meanwhile, is a tragedy. Fighting can’t last forever, and in the future, we see the cost of perpetual war. It’s occasionally bleak, an almost-Western about a gunslinger with knife hands doing his best to save an innocent. But in the grand scheme of the X-Men movies, Logan also serves as a hopeful coda. Sure, the war for mutant kind never ends, but at least we know there will always be those willing to fight for their survival.

Of course, you can watch these films in any order you want. Just don’t spend too much time thinking about Halle Berry’s wigs. No amount of time travel hand wringing will ever make those OK.