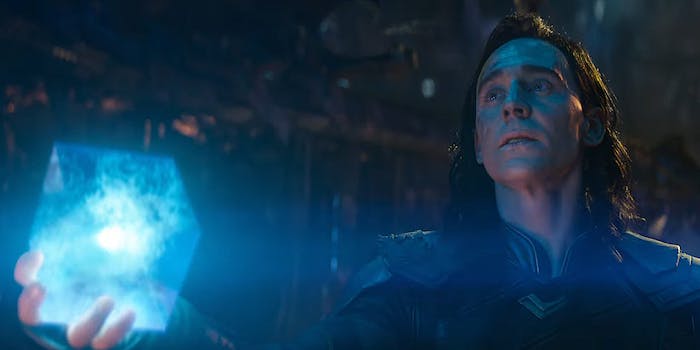 What we know about the Infinity Stones, Marvel’s ultimate weapons

They've been scattered across the universe—until now.

For close to a decade, the Marvel Cinematic Universe has been leading up to the ultimate superhero team-up against the MCU’s big bad, Thanos. The results were devastating: With the Infinity Stones in his gauntlet and with the snap of a finger, Thanos wiped out half the universe including Black Panther, Spider-Man, Scarlet Witch, Doctor Strange, and most of the Guardians of the Galaxy.

The end result, however devastating, is one that some of us expected. The fact that Thanos wanted to collect all six of the Infinity Stones isn’t much of a surprise to anyone who’s seen a few Marvel movies, but with the exception of Guardians of the Galaxy (and a bit of the first Avengers movie), he’s largely bided his time in the shadows. We knew he was there and that he was plotting, but we didn’t see or hear much of him; most of the characters probably didn’t even know who he is. But he left his space chair and brought an army with him across the universe as he gathered the Infinity Stones: six cosmic stones with immense power.

By the end of the movie, he succeeded in getting his hands on all of them, and we all witnessed to what Thanos could do with a fully bejeweled Infinity Gauntlet. Now we have to wait another year before we before we see what happens next and witness the end of the MCU as we know it.

But a lot happens in Infinity War. We’ve got dozens of characters interacting with one another, many for the first time. We’re exploring new planets and backstories as the fight sprawls across the universe. It might be a bit difficult to keep track of how Thanos acquired each Infinity Stone. And going back to the trailer doesn’t help; like with Thor: Ragnarok, Marvel edited out several Infinity Stones in Thanos’ gauntlet to hide the fact that he had five stones by the time he reached Wakanda.

What do we know about the stones Thanos so desperately wanted? Plenty and not much at all.

“Before creation itself, there were six singularities,” the Collector explained in Guardians of the Galaxy. “Then the universe exploded into existence and the remnants of these systems were forged into concentrated ingots. Infinity Stones. These stones, it seems, can only be brandished by beings of extraordinary strength.”

Better known by the name of the container it’s in—the Tesseract—we’ve been following the Space Stone as far back as the first Captain America movie when it was in the hands of Hydra. S.H.I.E.L.D. obtained it and kept it under lock and key for decades until Loki was able to steal it using the Scepter given to him by Thanos in Avengers.

Odin kept it locked away on Asgard for years until Loki took it back shortly before he caused Ragnarok. He used the Tesseract (and Space Stone) to transport himself onto a ship full of Asgardians. Loki initially lies about having the Space Stone, but later relents once Thanos tries to kill Thor. It takes little effort for Thanos to smash the Tesseract and obtain the Space Stone, and after attempting to pull off one last trick, Loki is choked to death by Thanos.

At the start of the MCU’s run, the Mind Stone was the only one to have already been in Thanos’ possession, although he wasn’t aware of it at the time. Originally contained in a Scepter, Thanos gave it to Loki in exchange for bringing him the Tesseract, a task which Loki failed. The Scepter changed hands a few times before it brought Ultron to life, who then created the android Vision.

The Mind Stone brought Vision to life, and he used it to help defeat Ultron. But with its visibility on his forehead, the Black Order quickly went after Vision and the Mind Stone early into Infinity War. Captain America eventually took Vision to Wakanda to see if Shuri could safely remove it, but she ran out of time as the Black Order’s army launched an attack. Scarlet Witch, who resisted destroying the Mind Stone for much of the movie because it meant destroying Vision, finally gave in and used her powers to shatter it. But by that point, Thanos had gotten hold of the Time Stone and just reversed time long enough to bring Vision back to life and yank the stone out himself.

The Marvel Cinematic Universe is at its lowest point now that Thanos has destroyed half the universe with the Infinity Stones. But we can only hope that Doctor Strange knew what he was doing when he essentially signed his own death warrant and that Nick Fury’s final message reaches its recipient in time.

Although the Reality Stone factored heavily in Thor: The Dark World, it was rarely seen in stone form. It often looked like a liquid and possessed both Jane Foster and Malekith, the latter of whom tried to spread darkness throughout the universe before he was defeated by Thor. Instead of storing it on Asgard alongside the Tesseract, the stone was taken elsewhere in the universe.

The Reality Stone is last seen in the Collector’s museum on Knowhere, and that’s where the Guardians of the Galaxy (minus Rocket and Groot) and Mantis head to try and stop Thanos from obtaining it. Their plan to ambush him while he tortures the Collector goes off without a hitch until Thanos pulls back the curtain: he already had the Reality Stone and had merely been toying with them.

First introduced: Guardians of the Galaxy

The Power Stone featured heavily in Guardians of the Galaxy, contained within an orb that Peter Quill steals in Morag’s Temple Vault at the beginning of the movie. The Guardians’ attempt to sell the stone to the Collector goes awry when it blows up his museum, and Ronan the Destroyer obtains it. Instead of giving it to Thanos, he uses it for his own means. The Guardians destroy his hammer and survive its power before placing it back into the orb.

At the end of the movie, the orb is given to the Nova Corps for safe keeping. But, considering Thanos’ gauntlet has a purple stone in it, it looks like he managed to take it from them. It was nice knowing you, Nova Corps.

The Time Stone is contained within the Eye of Agamotto, which has been in Kamar-Taj for an unknown period of time until Doctor Stephen Strange used it to help defeat Kaecilius and Dormammu. Even though it helped Doctor Strange save the world and restore balance, his colleagues were wary of how dangerous it could be.

Given his open use of the Time Stone, Doctor Strange—who’s captured and tortured by Ebony Maw before Iron Man and Spider-Man intervene—is an early target of the Black Order. Having landed on Titan and with Thanos on his way, Doctor Strange looks into the future and views over 14 million potential outcomes for their inevitable fight with Thanos. They’ll win in only one of them. And despite telling Iron Man and Spider-Man that if he has to make a choice between the Time Stone and either of them, he’ll choose the stone, yet he gives the stone to Thanos to spare Iron Man’s life, telling him that “we’re in the end game now.” Does Iron Man factor significantly into defeating Thanos—and if that’s the case, does that mean the Avengers had to lose (and see their fellow superheroes turn into dust) before they could win?

Does Thanos have it now? Yes

Thor is shown a vision of the Infinity Stones in Avengers: Age of Ultron, which features five stones on the Infinity Gauntlet’s knuckles. But the biggest stone of them all was missing—and it had yet to show up, to our knowledge, in the MCU. What little we know of the Soul Stone is from inferences.

It wasn’t secretly hidden in Wakanda, but rather located on a planet called Vormir. (Gamora had known for some time where it was located, but she kept that information from Thanos until he threatened to kill her sister Nebula.) Thanos and Gamora approached the guardian of the stone, Red Skull, who explained that Thanos would have to sacrifice what he loved most to get the stone. And while it pained him, he did: After Thanos thwarted Gamora’s attempt to end her own life, he threw her over the edge of a cliff.

Now that Thanos has used his fully powered gauntlet, things seem pretty bleak for our heroes. But, we’re certain the tide could turn when the Avengers return in 2019 for the second half of the story.