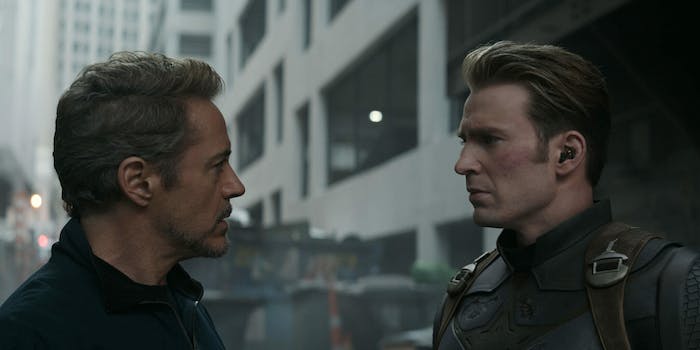 The creators of ‘Avengers: Endgame’ have gone full J.K. Rowling

While fans find this highly annoying, you can see why Endgame’s writers and directors keep doing it. They spent years working on this franchise, and couldn’t possibly fit all their ideas into the final movie. They also know that fans are always hungry for more behind-the-scenes info, so why shouldn’t they give interviews explaining what happened to various characters off-screen? The problem is this clashes with the cultural obsession with official canon.

As any frustrated Harry Potter fan will tell you, nothing is canon unless it appears the books—or in Marvel’s case, the movies. That’s why there’s still such a furor over Dumbledore’s sexuality. Rowling insists that Dumbledore is gay, but this was never covered in the books and is barely even subtext in the Fantastic Beasts movies. It’s just a word-of-god pronouncement from a writer whose views are increasingly controversial among her own fanbase.

Along with general revelations like the Russo brothers saying the Infinity Stones weren’t actually destroyed in Endgame, we’ve seen something similar play out with Marvel’s attitude to queer representation. Guardians of the Galaxy director James Gunn once said that there are LGBTQ characters in the MCU, but they just haven’t appeared on-screen yet—a nonsensical statement, because things only “exist” if in the MCU they appear in a movie. Similarly, the Russo brothers recently hinted that an unnamed major character will soon come out as gay. It’s no coincidence that many of these non-canon revelations focus on queer characters because Hollywood is notoriously unwilling to show these stories on-screen.

The most ridiculous post-movie statement is a joint effort from the Russo brothers and Endgame‘s writers, Christopher Markus and Stephen McFeely. Basically, they have wildly different ideas about what happened in their own film.

As we already discussed, Captain America’s time-travel epilogue makes no sense on a logical or emotional level. However, the Russos did at least give their official explanation: Steve Rogers traveled to an alternate universe, where he married an alternate Peggy Carter before returning to Endgame‘s timeline as an old man. While this did introduce some new problems (for instance, this alternate timeline now includes two Steve Rogers at once), it at least clarified a rather confusing ending. That is, until McFeely told the Hollywood Reporter that he thinks Steve traveled back to the past and was secretly married to Peggy all along. “It was always our intention that he was the father of [Peggy’s] two children,” he explained.

If the film’s writers and directors can’t even agree on what happened, it’s no wonder this storyline felt self-contradictory.

These clashing revelations are kryptonite for anyone who wants a clear idea of the official canon, but in the long run, this may be a good thing. In the same way that much of Harry Potter fandom has effectively divorced itself from Rowling, Endgame’s post-film announcements may inspire more Marvel fans to develop a relaxed attitude to canon. The MCU is a corporate behemoth that can’t possibly keep everyone happy, so instead of railing against bad storytelling choices, it may be a better idea to take a leaf from fanfiction’s book, and just ignore them entirely.