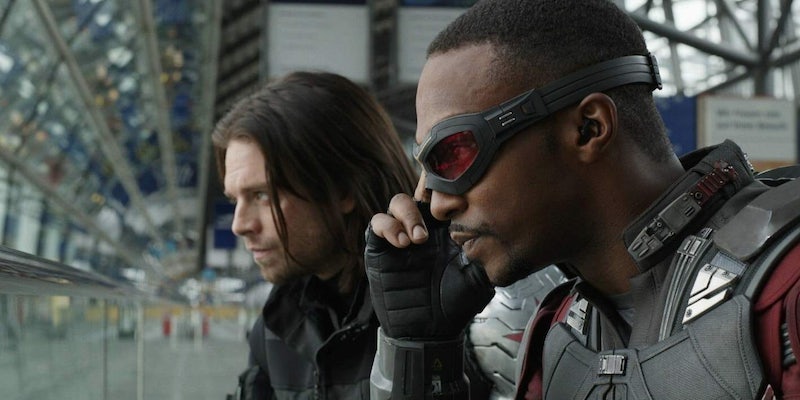 Marvel has TV shows coming up for characters including Hawkeye, Loki, and the Winter Soldier. Will they be influenced by Endgame?

Marvel has already announced four big-budget miniseries for the Disney+ streaming service, all starring famous characters from the movies. They factored into pre-release speculation about what might happen in Avengers: Endgame (ie. if Hawkeye has a TV show, does that mean he survives the movie?). But now the film is out, we can speculate about what Endgame means for the shows themselves.

So far, Marvel has confirmed very little information about these shows. However, Endgame definitely provides some hints. In order of release, here’s a rundown of our expectations for each one.

1) The Falcon and the Winter Soldier

There’s a slim chance the Falcon/Winter Soldier show will take place in the gap between Civil War and Infinity War, but it looks more likely to begin after Endgame. The film’s final scenes see Steve Rogers pass his Captain America shield on to Sam Wilson (Falcon) and effectively say goodbye to Bucky (the Winter Soldier), with Sam and Bucky mostly appearing side-by-side in the movie. The MCU was seeding their partnership for the TV series, suggesting a buddy-cop contrast between the Falcon’s cheerful disposition and the Winter Soldier’s cynicism.

This show is all about the love story of Wanda Maximoff (Scarlet Witch) and Vision, and since Vision is still dead after Endgame, WandaVision will have to take place between Captain America: Civil War and Avengers: Infinity War. That’s actually perfect timing because their relationship basically materialized out of nowhere in Infinity War. The TV show will fill in the gaps, possibly drawing from their long-running romance in the comics.

This one’s a head-scratcher. Early reports suggested that Loki’s show might focus on his early life, potentially starring a younger actor while Tom Hiddleston provided voiceovers or only appeared in certain episodes. However, Endgame leaves some wiggle-room for the Loki we know and love to return.

After Endgame, Loki is supposedly still dead from being murdered by Thanos in Infinity War. However, Endgame’s time-travel shenanigans caused an earlier version of him to escape in 2012 (ie. at the chronological end of the first Avengers movie) with the Cosmic Cube. So the show could take place in a new timeline with post-Avengers Loki, before the character development of Thor: The Dark World or Thor: Ragnarok. This should have been erased by Steve Rogers returning all the Infinity Stones to their points of origin at the end of the movie, but all that time-travel stuff doesn’t really make sense either way. And hey, Loki’s the god of mischief.

Hawkeye’s TV series could take place sometime between movies, but we’re putting our money on it beginning after Endgame—not least because if it took place much earlier, they’d have to spend a bunch of money on CGI to make Jeremy Renner look younger than 48. The overall pitch is for Clint Barton to train Kate Bishop (aka the Hawkeye of Young Avengers) to become the new Hawkeye—a fitting continuation of his paternal role in Endgame.