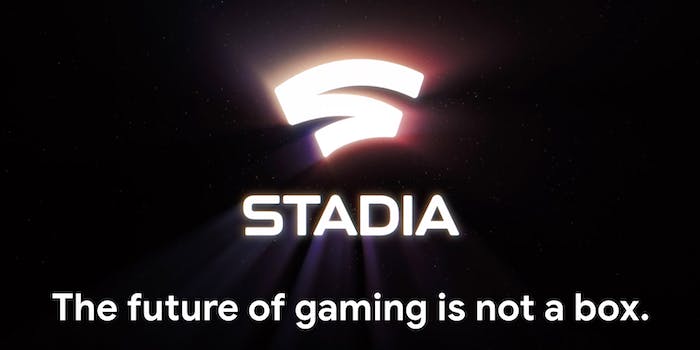 Users can play from their browser, phone, or tablet, removing the need for a gaming computer or console.

Speaking at the Game Developers Conference (GDC), Google CEO Sundar Pichai unveiled “Stadia,” a game streaming service capable of being accessed from everything from the company’s Chrome browser to Chromecast and Pixel devices.

The new service, set to officially launch at some point later this year, will first be made available to users in the U.S., U.K., Canada, and throughout Europe. Stadia will also be integrated with YouTube, the Google-owned video website, to allow players to seamlessly share their gaming content.

Unlike other video games that require consoles or special computers, “Stadia offers instant access to play” without the need for downloads, Harrison adds.

As noted by the Verge, Google publicly tested the service last year by allowing certain individuals to play Assassin’s Creed Odyssey straight from their browser.

“Overall, the gameplay experience is fluid and just like the ‘real thing,'” the Verge’s Stefan Etienne wrote last year while testing the service.

Although users will be able to play the games on their tablets, computers, and phones, Google also plans to release a Stadia Controller, complete with buttons for capturing and uploading content to YouTube.

Google will also launch its own video game studio, Stadia Games and Entertainment, to create exclusive titles for the system.