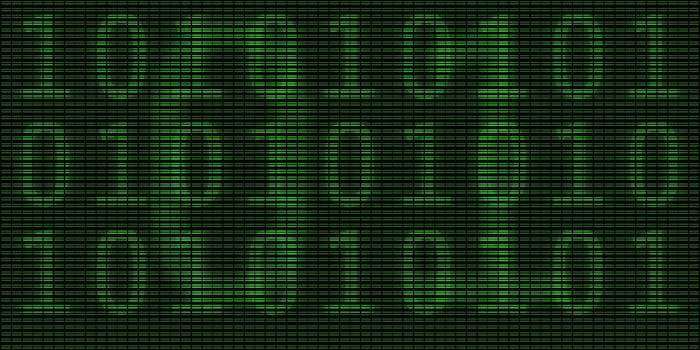 “Every time Comcast does something to remind everyone how much they hate Comcast, it’s a good day for the little guys.”

In May 2014, the Federal Communication Commission (FCC) voted to approve the draft version of a controversial plan allowing Internet service providers (ISPs) to charge online content providers like Netflix or YouTube for the ability to transmit data to consumers more quickly.

Critics of the plan charge that these so-called ‘fast lanes’ will make it difficult for scrappy startups to compete with deep-pocketed incumbents because they won’t be able to afford same level of speedy access. However, just because ISPs may soon be able to extract a toll for access to an Internet fast lane, it doesn’t mean that every ISPs in the country will necessarily do so.

Opponents of government-enforced net neutrality, the idea that all the data flowing across the Internet should be treated the same, have argued that laws prohibiting ISPs from creating fast lanes interfere with the creative potential of the free market. The Daily Dot’s survey shows, however, that it’s often possible for net neutrality supporters to utilize those same free market principles by choosing ISPs that eschew fast lane over those that refuse to do so.

Our informal survey of 15 ISPs from across the country shows many of the companies pledge to treat all Internet traffic equally, despite an ability to discriminate for their own monetary benefit. Of the 15 companies that the Daily Dot reached out to, seven took strong stands in favor of net neutrality going forward—no matter what opportunities are opened up by the FCC.

In fact, judging from the responses, finding an ISP that won’t offer fast lanes is actually relatively simple. Instead of getting Internet service from a giant, incumbent cable or DSL provider, patronize the smaller local ISPs.

Of seven large ISPs that we either reached out to or could find having previously gone on record on the subject—Comcast, Time Warner Cable, Verizon, RCN, CenturyLink, AT&T, and Frontier—not a single one said they would rule out fast lanes. Whereas, with eight small ISPs we looked at—Google Fiber, iFIBER, Chattanooga Electric Power Bureau, Lafayette Utilities Service, Wave Broadband, Bristol BVU, Sonic.net, and XMission—seven pledged not to institute fast lanes, the other (Bristol BVU) didn’t respond.

Chris Mitchell, a director at the pro-net neutrality group Institute for Local Self-Reliance, explained that this large vs. small breakdown shouldn’t be much of a surprise. For the managers of a small, regional ISP with subscribers numbering in the thousands rather than millions, preserving net neutrality doesn’t have to be an ideological issue—it’s actually just a smart business decision.

?Some of these smaller companies will probably benefit from the end of net neutrality because it’ll give more people a reason to switch,” Mitchell explained. “Every time Comcast does something to remind everyone how much they hate Comcast, it’s a good day for the little guys.”

One problem is, a significant percentage of areas around the country lack multiple high-speed Internet providers. And in most instances where consumers only a single option, that option is typically with a large, national ISP. Where customers do have the option to pick one of the little guys, however, smaller ISPs often choose to support net neutrality principles as a way for them to differentiate themselves.

In other cases, even if a small ISP wants to strike fast-lane deals, they often won’t have the option, says Mitchell. Google may be willing to pay a premium for speedy access to a large ISP with lots of customers. But there may be little incentive for companies to strike these these deals with ISPs who serve relatively few users. (It should be noted that these fast lanes already exist for the companies that can take advantage of them.)

?There are hundreds of … [ISPs] around the country. It doesn’t make sense for Netflix to strike hundreds of individual fast lane deals,” Mitchell said. ?The fast lane idea only works if there’s enough scale to even justify having the negotiation.”

Here’s the full list of how different ISPs answered the question: ?Will you rule out offering paid fast lanes?”:

As part of the company’s campaign to convince government regulators to approve its $48.5 billion bid to buy satellite television provider DirecTV, AT&T offered to voluntarily abide by net neutrality principles for the next three years. Implied in that offer are the assertions that not only would the company sell fast lanes if it the takeover were rejected, but AT&T will also begin charging for fast access fees after that three-year window has closed.

From a Chattanooga Electric Power Board spokesperson: “We’ve never prioritized or charged differently for different kinds of customer traffic, and we have no intention of changing that. That’s one of the great things about having a fiber optic network with virtually unlimited bandwidth is that there’s plenty of room for everyone.”

Speaking at a communications summer in New York earlier this year, Comcast Vice President David Cohen said, ?whatever…[a fast lane] is, we’re allowed to do it.”

From a Frontier spokesperson: ?From Frontier’s perspective, we continue to explore the best ways to fairly and efficiently deliver content to our customers, but we will wait to see what the FCC adopts over the coming months.”

In a recent company blog post about working with content providers to decrease buffering times on online videos, Google’s director of network engineering, Jeffrey Burgan, bluntly addressed the idea of fast lanes. ?We don’t do that,” he wrote.

From iFIBER CEO Kelly Ryan: ?There may come a day of reckoning where everyone will have to deal with increasing bandwidth usage. But, for right now at least, we are net neutral and have no plans to stop being net neutral any time in the future.”

From an LUS spokesperson: “LUS Fiber is committed to providing the best possible Internet experience to the citizens of Lafayette, Louisiana. Charging content providers for a ‘fast lane’ to our customers is not compatible with that commitment.”

From a Sonic.net blog post: ?Here at Sonic, we appreciate the Internet. The Internet is why you subscribe, and we are happy to be your choice to deliver a fast, friendly and reliable conduit to access the Internet sites and services that you want. While we do have a lovely home page and we provide a nice array of extras, we understand that the reason you subscribe is to access the Internet. (Thanks, Internet, for being awesome!) So, we don’t disadvantage any source or type of traffic. Sonic Fusion service has no speed tiers and no usage caps. We deliver the fastest and most consistent performance possible at your location, regardless of the what you are downloading from the Internet.”

From a Time Warner Cable spokesperson: “We have a long and strong record as a reliable broadband provider and we continue to treat all Internet traffic the same. We will carefully review any rules forthcoming from the FCC.”

From a Verizon spokesperson: ?If consumers like their online experience today, with an open Internet and the ability to access their favorite websites quickly, then they should be supportive of the current ?light touch’ policy framework that began during the Clinton Administration and has enabled this remarkable broadband ecosystem. The alternative proposal to apply 1930s rotary phone rules to the Internet would for the first time represent a major change that would hinder investment in broadband networks and lead to years of uncertainty throughout the Internet ecosystem.”

From a Wave spokesperson: ?If you’re looking for a ?yes’ or ?no’ answer to whether Wave supports the idea of fast lanes, the current answer is no.”

From Xmission CEO Pete Ashmore: ?We don’t discriminate for financial reasons. Period. As for extorting Netflix to reach our customers faster, that’s not something that’s in our best interest.”

This article was originally published June 4, 2014. You can support net neutrality by participating in the Internet Slowdown Day.