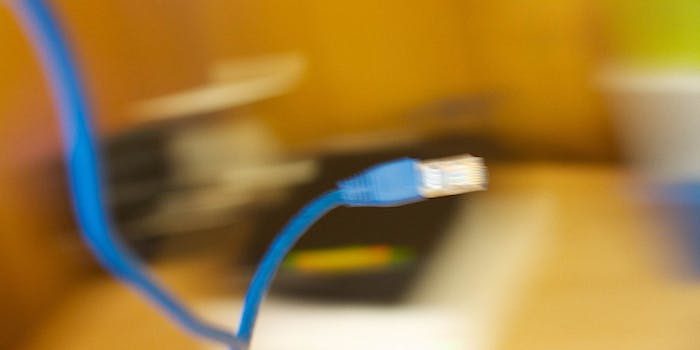 Customers have few options from which to choose, and companies have even fewer incentives to improve service.

Finally we have official confirmation: The cost of Internet access in America is too damn high.

When it comes to broadband Internet connections, the United States falls far behind other developed nations in both speed and affordability. A report released on Monday by the nonpartisan, Washington, D.C.-based New America Foundation claims that the cost of an Internet connection in American cities is often more than twice as much as one in similarly sized metropolitan areas around the world. The reason for such lackluster service, argues the report’s authors, is the anti-competitive stranglehold a small number of powerful Internet service providers have on all but a handful of cities around the country.

‟The data ranks home and mobile broadband offerings in 24 cities around the world by price, download and upload speeds, and other variables,” reads the report, titled The Cost Of Connectivity 2013. ‟The rankings indicate a clear trend: even when comparing cities of relatively similar size and population density, the United States continues to fall behind cities in other nations.”

The report found that, for U.S. consumers, the best price available for a 150 Mbps connection is Verizon’s FiOS, which goes for $130 per month in the small group locations where it’s even available. Most international cities were offering comparable service for about $50 a month. Over the summer, Verizon rolled out a new 500 Mbps service in select in American cities for the hefty price tag of $300 a month. By contrast, someone in Paris could get the same level of service for a mere $86. (All dollar figures in the report are adjusted for the cost of living in the cities measured.)

Almost across the board, the Asian capitals of Tokyo and Seoul, South Korea, had the cheapest and speediest connections. In the U.S., FiOS often gives U.S. consumers the best bang for their buck, but it’s in relatively few locations and the company has announced it has no plans for expansion.

‟Our data also shows that the most affordable and fast connections are available in markets where consumers can choose between at least three competitive service providers,” explains the report. ‟Only nine percent of Americans have access to three or more providers; the majority are limited to one or two incumbent telephone or cable companies.”

On the report’s list of the cheapest ‟triple play” packages, the bundles of Internet, telephone, and cable television service popular across the globe, the U.S. region with most affordable deal was Bristol, Va., which placed 32nd. This package was offered by Bristol Virginia Utilities, a government-owned municipal utility provider that also serves the area’s water, electricity, and sewage needs. In fact, the only two other American cities to place in the top 45 were Lafayette, La., and Washington, D.C.—both of which also boast municipal Internet.

Price isn’t the only area where the report showed municipal Internet providers had advantages over their private rivals. Of the small number of U.S. cities where gigabit per second connections are available, nearly all of them had municipal providers. The only exception was Kansas City, which is the first city in the country to have access to Google Fiber.

“Americans pay so much because they don’t have a choice,” Susan Crawford, former special assistant to the Obama administration on tech policy and author for anti-telecom monopoly tome Captive Audience, told the BBC. “We deregulated high-speed internet access 10 years ago and since then we’ve seen enormous consolidation and monopolies, so left to their own devices, companies that supply internet access will charge high prices, because they face neither competition nor oversight.”

2013 is the second year the New America Foundation has released an analysis of high-speed Internet options. Compared to last year, the report found widespread gains overseas with a significant number of areas now offering higher speeds for lower prices; however, U.S. markets were largely stagnant.