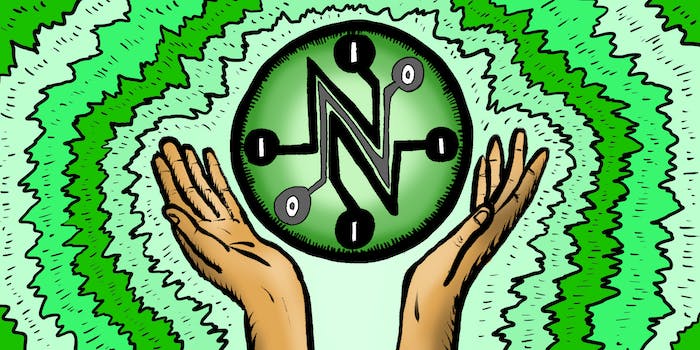 The deadline for a full Senate vote in June 12.

The fight in Congress to save net neutrality has officially begun.

Democratic lawmakers took the first major step in their efforts to save net neutrality on Wednesday afternoon when they announced that they have filed a discharge petition as part of the Congressional Review Act (CRA), paving the way for a full vote on the Senate floor.

During an event on Wednesday, lawmakers said net neutrality rules—which ensured that all internet traffic was treated equally and were rescinded by the Federal Communications Commission (FCC) late last year—were vital for a “free and open internet” and expressed optimism about their ability to get the CRA passed through the Senate. The CRA hopes to overturn the FCC’s decision.

Currently, the CRA has support from all of the senators who caucus with the Democrats and one Republican, Sen. Susan Collins (R-Maine), making them one Republican vote short of reaching a majority for the full vote on the Senate floor—the threshold needed to pass it. If successful, a similar CRA in the House of Representatives would also need to pass before it reaches President Donald Trump. The president would then need to sign it into law.

A full floor vote in the Senate on the net neutrality CRA must happen before June 12. However, according to officials, a vote may come as early as next week.

The beginning of the Senate’s net neutrality fight

At a press conference on Wednesday morning, Senate Democrats said a victory in the Senate would help push forward the CRA efforts in the House.

“The online universe is ready to fight for net neutrality,” Sen. Edward Markey (D-Mass.) said. “Today we enter this historic final stretch here in the Senate in the battle to save net neutrality. This is a fight for the most powerful platform for commerce and communications in the history of the planet: the internet.”

Markey said there are are some Republicans other than Collins who have expressed an “openness” to voting for the CRA.

“I believe today kicks off the most important week for the internet that the Senate has ever seen,” he said. “This upcoming Senate vote will be our opportunity to save net neutrality and deliver the digital future that Americans deserve.”

“We’re now one step away from letting the American public see where their elected officials stand on protecting their internet service,” Schumer said. “Are they protecting average consumers and middle-class families or are the protecting the big corporate special interests?”

Sen. Brian Schantz (D-Hawaii) said the CRA vote will get “every member of the Senate on the record” about their stance on net neutrality.

“You’re either for a free and open internet or you or not,” he said. “There is nowhere to hide and there are no excuses.”

In his comments, Markey addressed the likelihood that Trump would sign legislation pushed for by Democrats, saying he’d be hardpressed to ignore the groundswell of support.

“When we pass this in the Senate, when we pass it in the House of Representatives, when it’s clear in the election that it is an 86 percent favorable for this issue, that we would have a political firestorm across this country if President Trump announced that he was then going to veto that set of protections, replacing it with exactly nothing, that would be, I think, a decision that would be debated internally and intensely inside of the Oval Office.”

The push for net neutrality outside of Congress

The push from Congress comes as a protest among internet activists and websites called “Red Alert” was launched on Wednesday. The goal of the protest, according to organizers, is to make people aware of the CRA effort. The alerts direct people to contact members of Congress and demand support for the CRA. Internet activists also have a scoreboard where they can see how lawmakers stand on net neutrality.

Last week, activists delivered a letter from small businesses asking for CRA support to lawmakers across the country. The businesses argued that net neutrality rules allowed them to compete with larger companies. Nearly 6,000 businesses signed the letter.

You can watch all of the Democrats’ net neutrality press conference here.