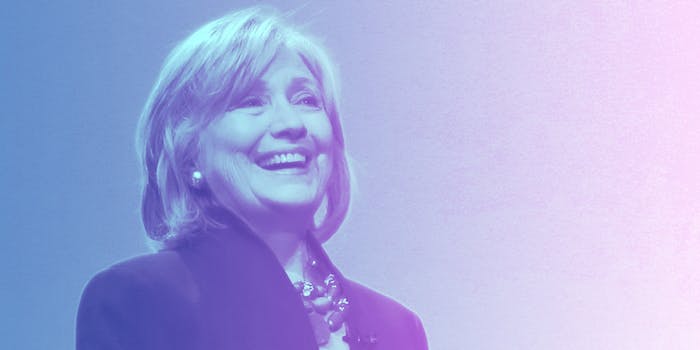 What is he talking about?

Dotcom didn’t offer specifics in his interview with Bloomberg, but he did say he was “aware of some of the things that will be roadblocks for her.”

“You know the crazy thing?” Dotcom continued. “I actually like Hillary, I like Obama. It’s just so crazy that all of this happened.”

Assange has not commented directly on Dotcom’s promise-by-proxy, but the Wikileaks Twitter account—widely rumored to be run by Assange—did tweet links to the Bloomberg interview, and the tweets are being interpreted as an endorsement of the promise.

.@KimDotcom: Hillary Clinton "is an adversary of internet freedom" http://t.co/7eeKT6MJ4X

“I like these guys,” Dotcom said, referring to Assange, who for three years has hidden from Swedish and U.S. law enforcement in the Ecuadorian embassy in London. “I think they’re very brave and they’re going through a very hard time.”

“They chose to [do] that for the betterment for all of us, so yeah, I love to talk to them,” Dotcom added.