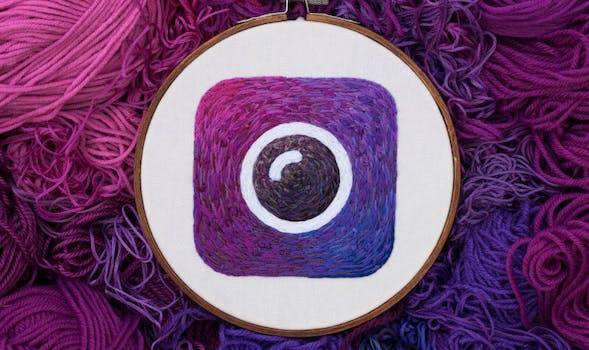 Threads beefs up Instagram's messaging system and focuses on your Close Friends list.

During its earnings call on Thursday, Snapchat parent company Snap attributed a sudden dive in shares to the launch of Facebook‘s latest copycat app, Threads from Instagram.

Facebook has a history of mimicking Snap’s playbook (which, in a sort of Shakespearean drama for the digital era, begins with its failed attempt to acquire Snapchat). It launched and shuttered Poke relatively quickly, claiming the app was “more of a joke” than a true challenger. There’s also Facebook Stories, a comparatively better try at competing with Snapchat, powered in part by its acquisition of MSQRD, a selfie filter app.

Threads functions, to no surprise, very similarly to Snapchat’s messaging feature. (Disclaimer: I’m not entirely certain how Snapchat’s current messenger works now, as I deleted the app recently after not using it for months.) The idea behind Threads is that it takes Instagram’s messages, packs it with features, and focuses on your Close Friends list only. Since its early iterations, Snapchat focused on users’ closest friends, as well, with a best friends list and emoji designations; the “closeness” of your Snapchat contacts was an integral part of the app’s experience. The two things that most defined Snapchat were intimacy and ephemerality (well, maybe three things, if you include filters). Arguably, Snapchat could have elevated these elements more and anticipated that rival Facebook would pinpoint those successes and out-innovate.

Threads from Instagram is a clear sign that Facebook is betting on the “intimacy” trend and that users are more interested in private communication with a more select audience. At Facebook’s F8 developer conference in April, CEO Mark Zuckerberg spoke about innovating for private spaces versus public ones. Facebook has long been creating new features and functions for things like its News Feed, Photos, Events, and Groups. These are places where user communication and activity are largely public, or at least more visible, and the platform has historically pushed users toward them because it’s more lucrative for advertisers to have public data. But the tides have turned, and the social networks are turning, too. Arguably, Facebook has already missed the sea change, as it’s lost favor with younger users.

In any case, Facebook says it wants to “[give] people spaces where they can express themselves freely and feel connected to the people and communities that matter most. [This is a] fundamental shift in how we build products and run our company.”

Threads may be focused on more intimate interaction, but in terms of privacy, the statement is overreaching.

The first thing to understand about Threads is that it’s a standalone app. There was a period of time where everything Facebook made was a standalone app. Then, the platform switched course and brought everything under its big blue banner. Now, it seems it’s pivoting again. Once you’ve downloaded and booted up Threads, the app will ask you to create your Close Friends list. The Close Friends feature is available in the native Instagram app, so if you’ve already made a list, those friends will already be check-marked. Choose wisely, because while there may not be consequences to randomly selecting Close Friends in Instagram, there could be in Threads. Contacts who haven’t added you back as a Close Friend can still get your messages, but they’ll show up in their Instagram inbox, and those users won’t have access to the full functionality of what Threads brings.

Once you’ve created a Close Friends list, you can customize how the app icon appears with a color theme and option for dark mode or what appears to be semi-dark mode. Then, turn on Auto Status (more on that shortly).

After getting through general setup, you’ll be launched into the camera, which looks similar to the Instagram Stories camera interface with fewer editing features (no filters). The camera is fast, and the contacts out of your Close Friends you talk to the most will appear on the screen for quick and easy photo-sending. If you hit the home button, it will take you to your inbox, which looks almost identical to Instagram’s messaging inbox.

That’s about it! The quick and dirty of it: Threads from Instagram is quick direct messaging with your Close Friends with fewer editing features but a super-fast camera. Things get funkier with Auto Status.

The Auto Status feature is exactly what it sounds like: If given permission, Threads will constantly read a user’s location and “activity,” interpret that, label what a user is doing with an emoji, and display it to their Close Friends. For example, if you’re charging your phone, Threads will know that and put a lightning bolt emoji by your profile picture. If “you’re near a restaurant,” you will be labeled “out to eat” with a plate and utensils emoji. “Chilling” is the couch emoji, and shows up “when you’re not moving around.”

Of course, Auto Status is opt-in, and if you decide to use it, it’s only showing what you’re doing to your Close Friends, which is supposed to be a more intimate group of people that you talk to the most. So there are ways to make Auto Status less of a broadcasting beast.

If the Auto Status feature feels overly generous in assuming what you’re up to, you can also choose to set your own status manually with nostalgia-inducing AIM era statuses like “Busy,” “Bored,” and “Studying.” In order to use Auto Status fully, you have to grant Threads access to your phone’s Motion & Fitness activity, your location, battery level, and network connection. It won’t display your exact location, so being at home won’t offer up an address, something that was an issue when Instagram first launched location tagging, and users got busy tagging their exact addresses and whereabouts on a map. There are no maps here, just vague indications of what you’re up to and in what sort of place. That said, Auto Status still feels like a big privacy ask: It’s constantly monitoring you. Sure, it’s communicating that monitoring with a vague emoji, but that’s still a timeline of your activity and what you’re up to, and very few apps request that much from users.

One app tried, though to a lesser degree: Highlight was a SXSW darling and much-hyped. It read users’ locations and constantly updated the app with where people were, so you constantly knew who was around you and where they were exactly. Even then, it inspired plenty of conversations about user privacy. But Highlight was interesting and fun… during SXSW, a conference that revolves around where you are and what’s going on. Afterward, interest dwindled and died. Auto Status is Highlight on steroids; it’s a little like letting your Close Friends list live inside your phone.

Did Highlight walk (er, try) so that Auto Status can run? That remains to be seen, but today’s users are generally more comfortable with allowing a selection of their contacts to see a play-by-play of their day, and smartphones are far more capable in keeping up with power demands of constant location and status pulling. The first challenge, though, will be convincing users to download yet another app when its major functionality already exists within the very popular Instagram. And that’s a big challenge.