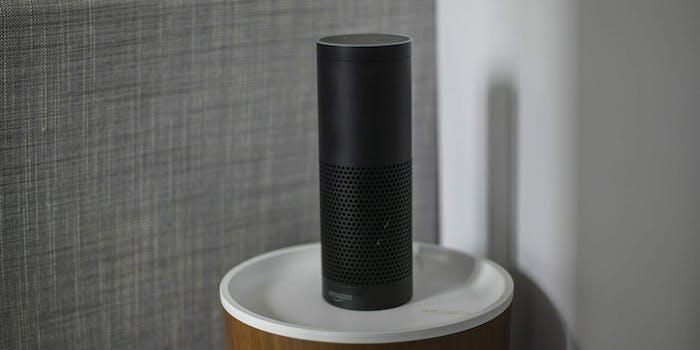 There were two other suspicious apps, too.

A fake Alexa app for iPhone climbed up the app store charts during the holidays, making it to the App Store’s top 60 most popular free applications. The app, called Setup for Amazon Alexa, allegedly required users to enter an IP number but no Amazon credentials and may have gotten a boost thanks to Amazon’s high sales of the device during the holiday season.

The app asked users to enter a serial number, an IP address, and a name. According to TechTimes, the privacy policy stated that the company could collect and use personal information of the user in the process, exposing users to a cybersecurity threat.

The Setup for Amazon Alexa app was created by a company called One World Software, which is behind two other apps: one for Instagram fonts and another one that mimics Facebook’s marketplace. A Google search for One World Software brings up a now-defunct page on the iTunes store, advertising all three apps.

The app does not seem to be available on the App Store anymore, but neither Apple nor Amazon has gotten back to the Daily Dot for comment. It’s unclear how many users were affected by the scam app, or whether any user information was compromised.

9to5mac.com, a website covering the tech industry, reported that the app was taken down on Friday. None of the other One World Software apps were available as of Saturday on the App Store.