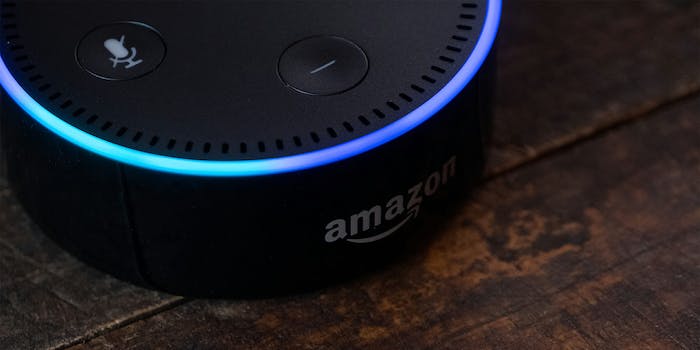 As first reported by the Guardian, users began reporting Tuesday that the virtual home assistant, available on both the highly popular Echo and Echo Dot devices, was unable to respond to basic commands.

Amazon first noted the issue on Twitter, stating that the incident appeared to be isolated in Europe.

“Over the past two hours some Echo devices in Europe have had intermittent connections,” the Amazon Help account said.

Hey there. Over the past two hours some Echo devices in Europe have had intermittent connections. These issues have now been resolved and the Alexa Service is working normally. ^RY

An Amazon spokesperson also confirmed the outage in a statement to TechCrunch.

“For a short period yesterday morning we had an issue that intermittently impacted some Alexa customers’ ability to interact with the service,” the spokesperson said. “The Alexa service is now operating normally.”

The issue, which began at approximately 10am GMT, was likely due to record-breaking purchases of Alexa-enabled devices.

The Alexa app also rose to the top of the charts for both iOS and Android devices.

While Amazon declined to offer details on the issue, Alexa also faced numerous similar outages throughout the year.