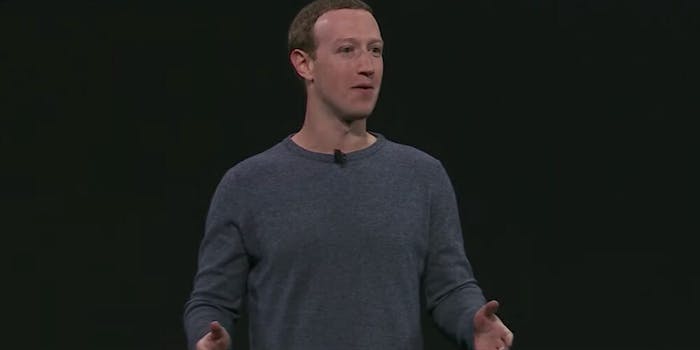 The two features will now be on the app's main menu bar.

Facebook events and groups are likely the only reason many users decide to get on the social media platform. This is why the two features are Facebook’s new focus for its mobile app, the company announced at its keynote address Tuesday.

“More than 400 million people on Facebook belong to a group that they find meaningful,” Facebook wrote in a blog post. “We’re rolling out a fresh new design for Facebook that’s simpler and puts your communities at the center.”

The groups tab will now be featured front and center in the app’s main menu bar. There, users will get to see a single feed of posts from the various groups they belong to, along with suggestions for new groups to join.

To make it easier to find groups to join, Facebook plans to make group promotions visible throughout the app–like in its Marketplace and Watch areas.

The company is also playing around with the idea of Tinder, but for friends, with a new feature called “Meet New Friends.” The feature will match Facebook strangers who have similar interests and histories.

The events tab will also be featured right next to the groups tab in the main menu. Through the events tab, users will be able to find events happening in their area. The design of the events tab has been revamped with a better map so that users can view the proximity of events from one another.

Android and iOS users, around the world, should be expected to see the app’s redesign very soon, while desktop users will be seeing the redesign in the coming months, according to the Verge.

The redesign marks a huge transition from Facebook’s previous focus on a user’s personalized feed, but fits in line with a declaration by Mark Zuckerberg earlier this year to reshape the company as a “privacy-focused communications platform.”