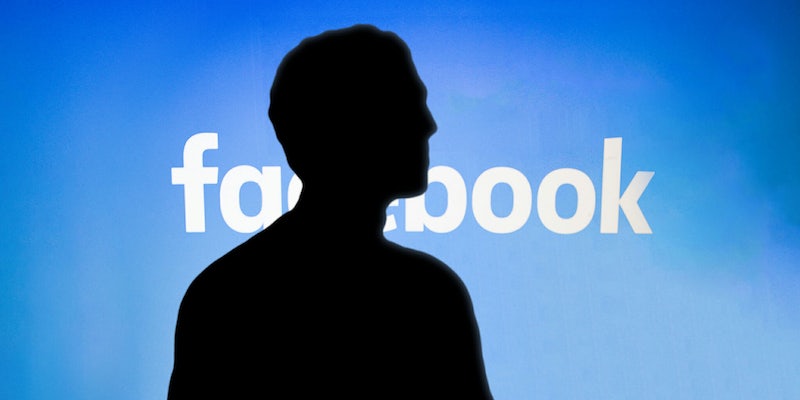 Users say they were suspended for writing 'white people.'

Black people who openly discuss experiences of racism or call out white privilege often have their Facebook accounts suspended, according to a new report by USA Today.

Numerous Black people told USA Today that when they write “white people” in their Facebook message, it gets flagged, leading to an account suspension. In 2017, Mary Canty Merrill had her post removed and account suspended after she wrote about racism, beginning the post with “Dear white people.” As an experiment, she had her white friends conduct a test run with the same text on their pages and had others “report” those posts. Most of their content was allowed to remain, and none had their accounts suspended.

Another common occurrence Black users and activists reported was having their accounts suspended after sharing screenshots and videos of racist incidents, which defeats the entire purpose of their posts: bringing awareness to everyday racism.

In 2017, author and activist Ijeoma Oluo shared a light joke about having to enter a cafe with mainly white people, according to Tech Crunch. She ended up receiving a slew of racist and misogynistic messages on Facebook and Twitter. While Twitter eventually removed the messages she was getting, Facebook did not do much, she said. So she started posting screenshots of the hate messages she was getting—only for Facebook to suspend her account. In 2016, Shaun King, a vocal and somewhat controversial activist for the Black community, reportedly had his account suspended for a few hours in what Facebook claimed was “accidental.” Activist Leslie Mac had her account suspended in a similar fashion as Oluo. Another woman, Ayo Henry, told USA Today a video of her conversation with a white kid who had earlier hurled racial slurs at her was removed, despite having 2 million views.

Meanwhile, Facebook doesn’t take the same kind of measures to people who are actually attacking communities of color, such as groups that were threatening to dox members of Color of Change, an online racial justice organization, according to the USA Today report. More recently, a militia group whose leader was recently arrested engaged heavily in a Facebook group where people shared videos of white militants detaining immigrants at the border—despite not having the legal authority to do so.

Facebook’s discrimination doesn’t appear just to apply to users, either. There have been complaints from Black employees at the organization about the company’s lack of support. Even though Black millennials use Facebook at a higher rate than the national average, a former employee recently said the organization has a hostile approach to its Black employees, who are often termed “aggressive” for expressing their opinions.

Read the USA Today report in its entirety here.

Update 11:22am CT, April 25: A Facebook spokesperson told the Daily Dot that the company “makes mistakes sometimes” and that it’s working on refining the ways in which hate speech is monitored. They also said Facebook has hired more content reviewers to add to its stable of 15,000 worldwide and is improved training so they better understand and identify hate speech that’s meant to attack versus hate speech that’s written about to draw attention to the matter. The organization is also working with civil rights groups to understand where to improve, the spokesperson said.