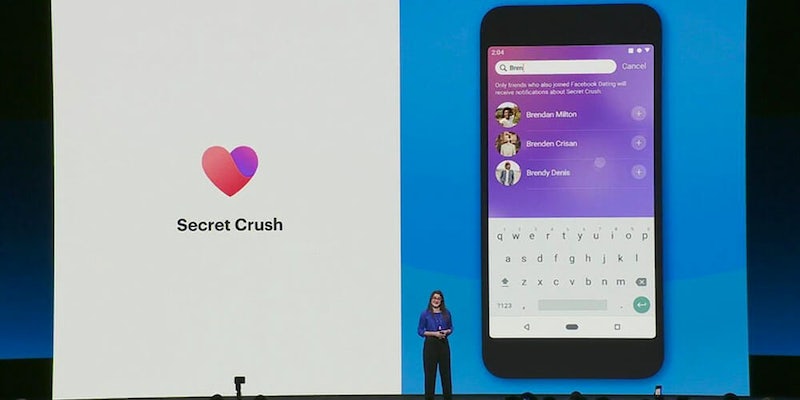 Choose up to nine friends that you have a thing for.

Part of Facebook Dating, the new option, according to a blog post from the company, will let users “explore potential romantic relationships within their own extended circle of friends.”

To utilize the feature, users must simply choose up to nine people from their friends list that they’re interested in. If one of those people is also using Facebook Dating, a notification will be sent informing them that a friend has added them to their Secret Crush list.

Facebook notes that if your love interest “isn’t on Dating, doesn’t create a Secret Crush list, or doesn’t put you on their list, no one will know that you’ve entered a friend’s name.” But if your crush does have a list with you on it, both of your identities will be revealed to one another, giving you the opportunity to speak over Messenger.

While the feature is not yet available in the U.S., Facebook Dating is slated to launch in America by the end of this year.

The social media site hopes the feature will allow users to connect with individuals from “within your own Facebook communities: events, groups, friends of friends and more,” as opposed to strangers as seen in other dating apps.

Speaking with TechCrunch, Facebook Dating product manager Charmaine Hung outlined why she believes the new feature is so useful.

“I have 2,000 Facebook friends. I’m not best friends with all 2,000 people, and there’s a good chance that one of that could be a really good match with me,” Hung said. “I trust them, I appreciate them, and I know we’re compatible. The only thing missing is knowing if we’re both interested in being more than just friends without the fear of rejection if you were to do this in real life.”

Facebook has also promised that it will not monetize data collected as part of its dating feature, at least for now.