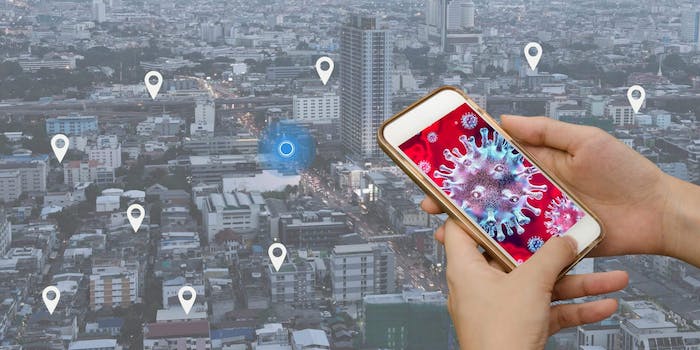 Lawmakers have been sending letters to the White House.

Several lawmakers are urging caution after reports suggested that the U.S. government is considering partnering with companies to track location data as they try and stop the spread of the coronavirus.

Lawmakers in both the Senate and the House of Representatives have written letters to the White House and executive branch asking questions about the possible plans and asking for assurances that the location data collection wouldn’t pose privacy risks.

Earlier this week, reports came out that the government was looking into whether location data from cell phones that are collected by companies like Google and Facebook could be used to determine if people are adhering to social distancing guidelines and help track how the virus is spreading.

With that possibility being on the table, lawmakers are now probing the executive branch for more information on what that might entail.

On Thursday, Sen. Edward Markey (D-Mass.) sent a letter to the Office of Science and Technology Policy (OSTP)—a part of the executive branch—urging them to “balance privacy with any data-driven solutions to the current public health crisis.”

“A person’s location information can reveal other sensitive details, such as a place of employment, religious affiliation, or political preferences,” Markey wrote in his letter. “We need assurances that collection and processing of these types of information, even if aggregated and anonymized, do not pose safety and privacy risks to individuals.”

Markey also asked the OSTP to answer a number of questions, including: what companies the administration is collaborating with; how any location data is being collected, how it is being anonymized and aggregated; how the data would be stored and safeguarded; and who would have access to the location data, among other things.

The Massachusetts senator asked for responses to his questions by next week.

Meanwhile, Rep. Anna Eshoo (D-Calif.), Sen. Ron Wyden (D-Ore.), and Rep. Suzan DelBene (D-Wash.), wrote a letter to the White House urging them to follow a number of procedures to “protect the privacy of Americans” as data is collected.

The lawmakers said the administration should “only collect data that may be directly useful in responding to the current public health crisis.” They also said they should require companies collecting coronavirus information—like who is searching for testing centers—not use the data for any other purpose, such as advertising.

In the letter, they urge the administration to make sure that the data is not shared with law enforcement or immigration agencies, that the data is transferred and stored securely, and that it is all deleted after the pandemic is over.

“We support bold measures to keep Americans safe and healthy during this crisis. However, prohibiting government intrusion into the private lives of Americans is, and has always been part of the DNA of our country, enshrined in the Fourth Amendment of our Constitution,” Eshoo, Wyden, and DelBene wrote.

Digital measures were implemented in China that helped spread the rate of infection, but in the U.S., some of those tactics would be considered a gross invasion of privacy.